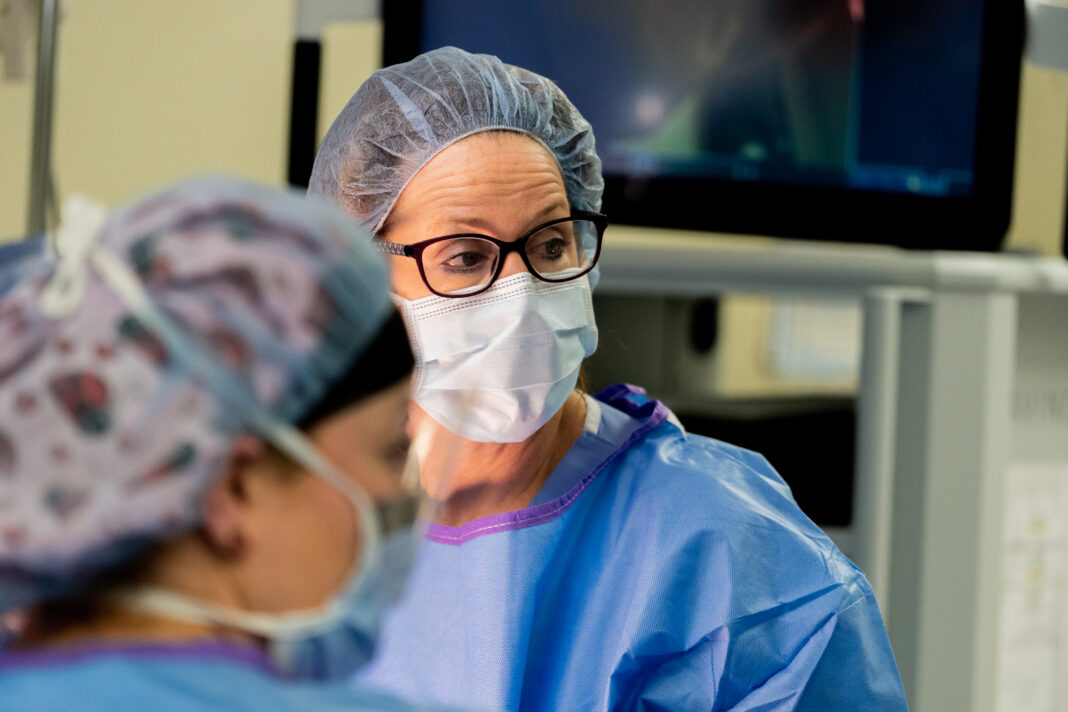 Cookeville – Did you know that women can lower the risk for cervical cancer by getting screened regularly starting at age 21? More than 14,000 women in the United States are diagnosed with invasive cervical cancer each year, but it is preventable with vaccines and screenings.

January is cervical cancer awareness month and to highlight that, Gernt will be the featured speaker of the first Health Talks of 2023, set for Monday, Jan. 23, at noon via Zoom. Cervical cancer is a type of cancer that occurs in the cells of the cervix – the lower part of the uterus that connects to the vagina. It begins when healthy cells in the cervix mutates in their DNA. Healthy cells grow and multiply at a set rate, eventually dying at a set time. The mutations tell the cells to grow and multiply out of control, and therefore, they don’t die.

Those accumulating abnormal cells form a tumor and can invade nearby tissues and break off to metastasize elsewhere in the body.

There are generally no symptoms for early-stage cervical cancer. But vaginal bleeding after intercourse, between periods or after menopause; watery, bloody vaginal discharge that may be heavy and have a foul odor; and pelvic pain or pain during intercourse could be a sign of more advanced cervical cancer.

It’s not real clear on what causes cervical cancer, but it’s thought that the Human Papillomavirus (HPV) plays a role. HPV is very common and most people with the virus never develop cancer. So with that in mind, other factors, such as your environment or lifestyle choices, also determine whether or not you’ll develop cervical cancer.

Risk factors for cervical cancer include many sexual partners, early sexual activity, having other STIs, such as chlamydia, gonorrhea, syphilis and HIV/AIDS, a weakened immune system, smoking and exposure to a miscarriage prevention drug.

But all of this is preventable with a routine Pap test. Pap tests can detect precancerous conditions of the cervix, so they can be monitored or treated in order to prevent cervical cancer. If your Pap test result is normal, your doctor may tell you that you can wait three years until your next Pap test.

If you’re 30-65 years old, you have three options: an HPV test only, an HPV test along with the Pap test, or a Pap test only. If you’re older than 65, your doctor may tell you that you don’t need any more screenings if you’ve had a normal screening result for several years.

If you are diagnosed with cervical cancer, asked to be referred to a gynecologic oncologist – a doctor who has been trained to treat cancers of a woman’s reproductive system. You will work with this doctor to create a treatment plan and determine the stage the cancer is in.

It is treated in several ways depending on the kind of cancer and how far it has spread. Treatments include surgery, chemotherapy and/or radiation. There are also clinical trials through the National Institutes of Health and National Cancer Institute that are an option.

To attend the next Health Talks, you don’t even have to leave home, as it is held on Zoom.