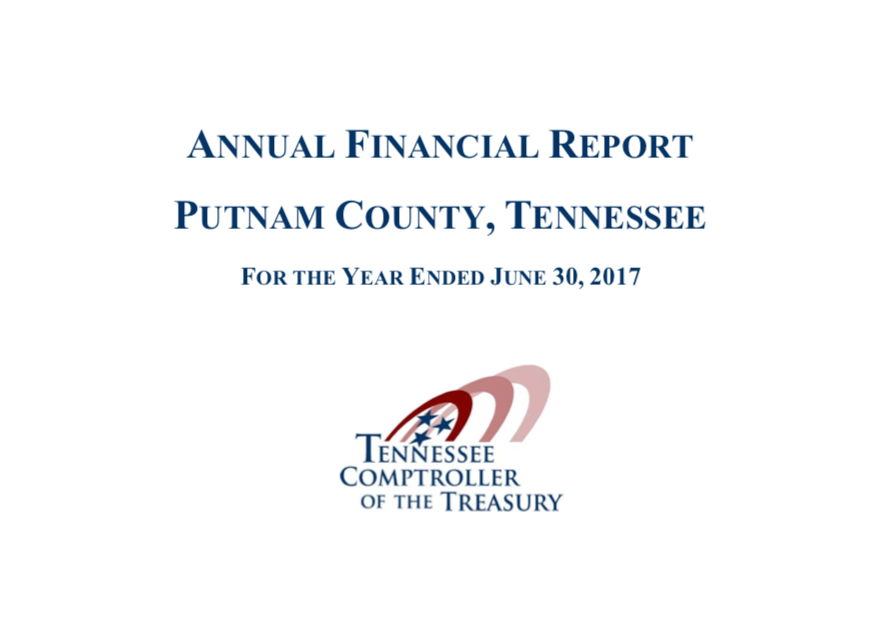 PUTNAM COUNTY – It’s not every day a county is able to celebrate a clean audit report. In fact, Putnam County executive Randy Porter estimates it has been at least 25 years since the county has been able to tout such an accomplishment. However, the county recently received news that the audit performed for the year ending in June 2017 came back with no findings.

“When I came into office in 2014, one of my primary goals was to try to get us to where we had no audit findings,” he told the UCBJ. “We went back 25 years – we know it’s the first one in 25 years and possibly ever.”

“All of the elected officials and department heads have worked really hard to try to make it happen,” he added. “It was a team effort for sure.”

In recent years, the county came close to achieving a clean audit – only two findings were reported in the previous fiscal year.

In addition to the team effort, Porter credits this year’s accomplishment to the implementation of internal controls that serve as an additional layer of checks and balances.

“Everything is signed off on,” Porter explained.

For example, if a batch of checks is issued, at least two people will review and sign off on the checks, verifying they are for the correct payment amounts and match invoices. Each county office has its own system of internal controls tailored to meet its specific needs.

Though no issues were listed under the audit’s corrective action plan for the county, the comptroller’s office is recommending the county establish a central system of accounting, budgeting, and purchasing.

“Sound business practices dictate that establishing a central system would significantly improve internal controls over the accounting, budgeting, and purchasing processes,” according to the comptroller’s report.

That, the report goes on to say, was a management decision by the county commission – resulting in decentralization and some duplication of effort.

The recommendation, which suggests either the adoption of the County Financial Management System of 1981, or a private act, reads in part: “The Division of Local Government Audit strongly believes that the adoption of a central system of accounting, budgeting, and purchasing is a best practice that would significantly improve accountability and the quality of services provided to the citizens of Putnam County.”

“Our goal is to have a clean audit every year,” Porter said. “Nobody’s perfect, and we realize that, but we strive to be the very best we can because we’re the stewards of the residents’ of our county’s tax dollars. We want to try to do the very best job that we can.”

“We don’t have a rolling average for the number of clean audit reports,” Dunn told the UCBJ. “But we have seen more in recent years.”

“The ‘Big Four’ counties would require a significant amount of comptroller resources and staff,” Dunn added. “We also sign off on the contracts between the local government and its selected CPA audit firm.”