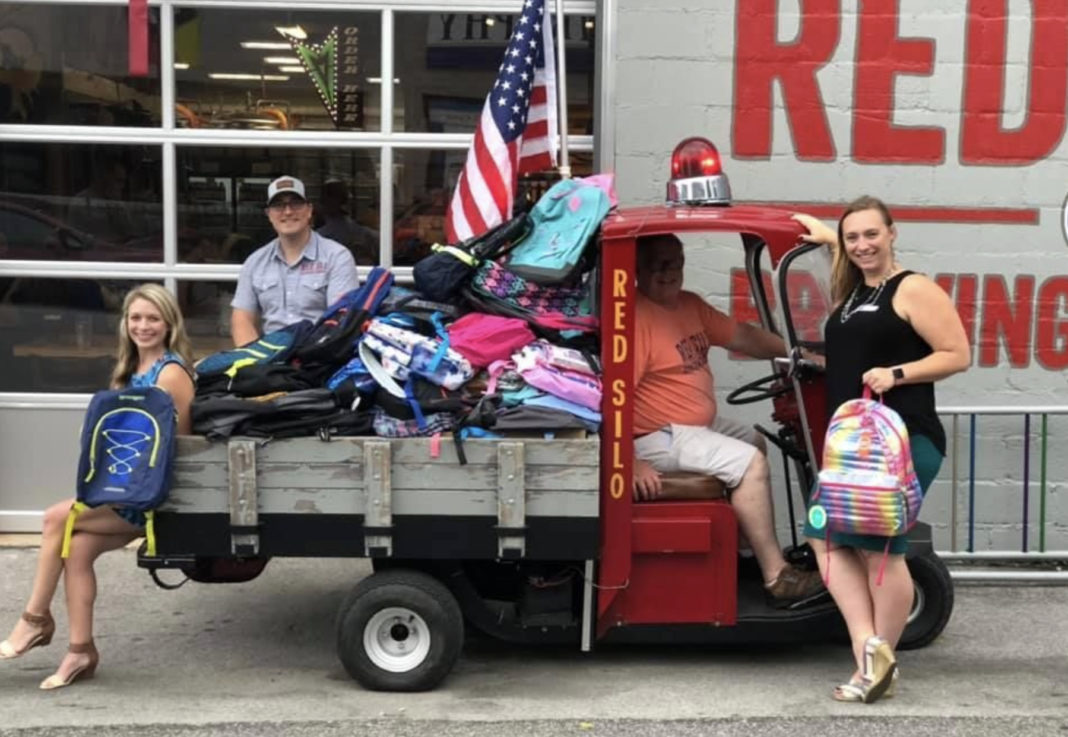 COOKEVILLE –The second annual Packs for Pints event took place at Red Silo Brewing Company on July 16 and collected over 290 backpacks filled with school supplies. Once again, the Upper Cumberland Young Lawyers Association teamed up with Red Silo Brewing Company and The Biz Foundry to create quite the buzz over supporting local children in the foster care system. Jessica Tucker at Department of Child Services has been busy making sure that backpacks are distributed throughout the region before school starts.

Red Silo Brewing Company co-owner Elijah Thomen feels compelled to support this great event. For each backpack that was donated to support the kids, a pint of beer was given as a reward.

“My goal was 200 backpacks, so I am happy to see that we did that and over doubled what we did last year,” Thomen said.

Thomen would also like to thank all that were able to donate, especially the Cookeville Jaycees, the Realty Firm, and SAIC, whose employees donated nearly 100 backpacks.

The Upper Cumberland Young Lawyers Association is ​an affiliate of the Tennessee Bar Association’s Young Lawyers Division and has been an active member of the community since 2008. The Biz Foundry is a non-profit entrepreneur center and coworking space servicing the region since 2012. Red Silo Brewing Company was the first micro-brewery to open in Putnam County and has been serving a variety of beers since 2016.