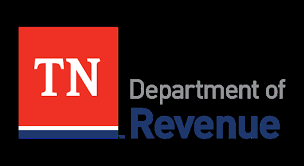 NASHVILLE – Department of Finance and Administration Commissioner Stuart McWhorter today announced that Tennessee tax revenue exceeded budgeted estimates for the month of June. Overall, June revenues totaled $1.6 billion, which is $115.3 million more than the state collected in June 2018, and $92.5 million more than the budgeted estimate for the month.

“Total revenues in June were notably higher than expected and continue to confirm the strength of the Tennessee economy,” McWhorter said.  “Eighty percent of the tax growth for this month compared to June 2018 was from combined sales tax and franchise and excise tax receipts. All other tax revenues, taken as a group, were also more than the June estimates.

“With one revenue reporting month remaining in the 2018-2019 fiscal year, the state should outperform the revenue estimates set for the year.”

Sales tax revenues were $35.1 million more than the estimate for June and they were 6.37 percent more than June 2018.  June sales tax revenues reflect retail business activity that occurred in May. For 11 months, revenues are $291.7 million higher than estimated. The year-to-date growth rate for 11 months was 5.79 percent.

Gasoline and motor fuel revenues for June increased by 4.14 percent compared to June 2018, and they were at the budgeted estimate of $103.3 million.  For 11 months, revenues have exceeded estimates by $4.8 million.

Business tax revenues were $2.1 million less than the June estimate. For 11 months, revenues are $23 million more than the budgeted estimate.

All other tax revenues exceeded estimates by a net of $3 million.