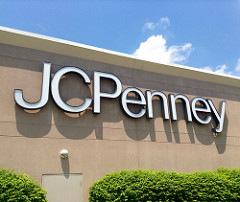 COOKEVILE — JCPenney has released a list of 138 stores it plans to shutter in the coming months, the latest traditional retailer to announce closings this year.

Three Tennessee stores are among those affected, including Greeneville Commons (Greeneville), Knoxville Center (Knoxville), County Market Place (Union City). The list does not include the Cookevile and McMinnville locations. The move will affect about 5,000 employees nationwide, according to a press release issued on Friday.

The closings should take place by the end of June. JCPenney will take a $225 million hit to its earnings from the cost of closing the stores. But it expects to save $200 million a year in payroll and other costs. It said the stores to be closed had weaker sales or would have needed expensive upgrades.

The Limited closed its remaining stores last month, and American Apparel, which filed for bankruptcy for a second time last year, is expected to close all its stores. Sports Authority went out of business following a bankruptcy filing last year.