COOKEVILLE – WCTE Upper Cumberland PBS will premiere “Jake Hoot at the Hoop,” a one-hour edited show of his recent performance at the Hooper Eblen Center in Cookeville. The show will air on WCTE Thursday, Feb. 27 at 8 p.m.

Some of Hoot’s special guests included Judah Akers from Judah and the Lion, Lonestar, and some of Hoot’s fellow contestants on The Voice.

Hoot, a country singer who is the winner of season 17 of the talent competition “The Voice” on NBC, resides in Cookeville. Hoot moved to Tennessee to attend Tennessee Tech University (TTU) and play football as an offensive lineman in 2010. He went on to graduate from TTU with a degree in interdisciplinary studies in 2013.

“It was a thrill to have the opportunity to shoot Jake Hoot and some of his friends from ‘The Voice’ at the Hooper Eblen Center earlier this year! WCTE is so proud of Jake and his musical accomplishments, and we hope to work with him again soon one day,” said Brent Clark, WCTE’s director of content & digital media.

At the beginning of the competition, Hoot sang “When It Rains It Pours” by Luke Combs.  He went on to win the finale on Dec. 17, 2019. There was an overwhelming response in his hometown of Cookeville and surrounding towns during the competition. There were watch parties, and many people voted and kept his songs in the top 10 on the charts.

Hoot has gone on to perform many shows since coming home. He even debuted on the Grand Ole Opry on Feb. 4, 2020 after being invited by another hometown star, Jamie Dailey of Dailey and Vincent. 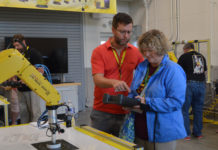 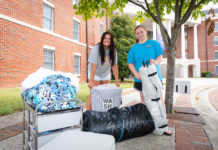