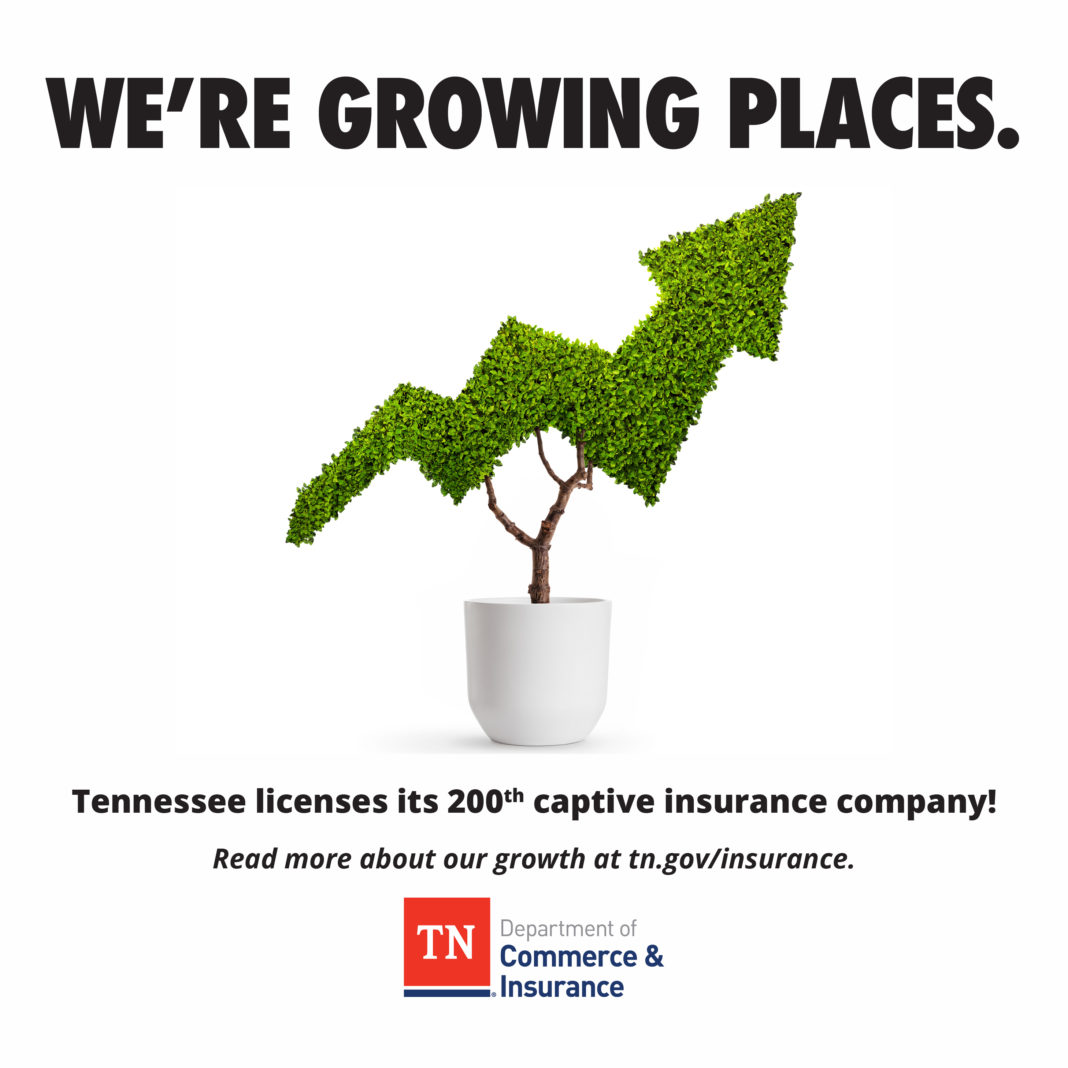 Tennessee has licensed four captive companies so far in 2020

Mattoon is owned by Rural King, a Mattoon, Ill. based farming supply store. Founded in 1960, Rural King currently operates 116 stores in 13 states, including Tennessee. Its captive’s lines of business will include property and contractual liability coverages.

Since Tennessee’s captive insurance laws were revamped in 2011, the Volunteer State has experienced significant growth in the captive insurance sector and is now the seventh-largest captive domicile in the United States. A captive insurance company represents an option for many corporations and groups seeking greater control over their financial risks by underwriting their own insurance instead of paying premiums to third-party insurers.

“2020 looks to be another impressive growth year for Tennessee’s captive sector,” said TDCI’s Captive Insurance Section Director Jennifer Stalvey. “So far, Tennessee has already licensed four captives and six more captives are currently in the approval process. While certain markets are hardening, captives show no signs of slowing down.”

Since their inception, Tennessee captive insurance companies have written over $5.1 billion in premiums resulting in over $13 million in taxes and fees. In 2018, Tennessee was recognized as the Domicile of the Year (Less Than 200 Captives).

“When the Tennessee statute was revised in 2011, the average premium volume per captive in Tennessee was under $2 million,” said TDCI’s Director of Business Development Michael Corbett. “Today, the average premium volume per captive is anticipated to exceed $10 million per captive. Captive insurance helps create new jobs, new investments, and new deposits that will create direct and indirect economic impact in the years ahead.”

A “captive insurer” is generally defined as an insurance company that is wholly owned and controlled by its insureds; its primary purpose is to insure the risks of its owners, and its insureds benefit from the captive insurer’s underwriting profits.