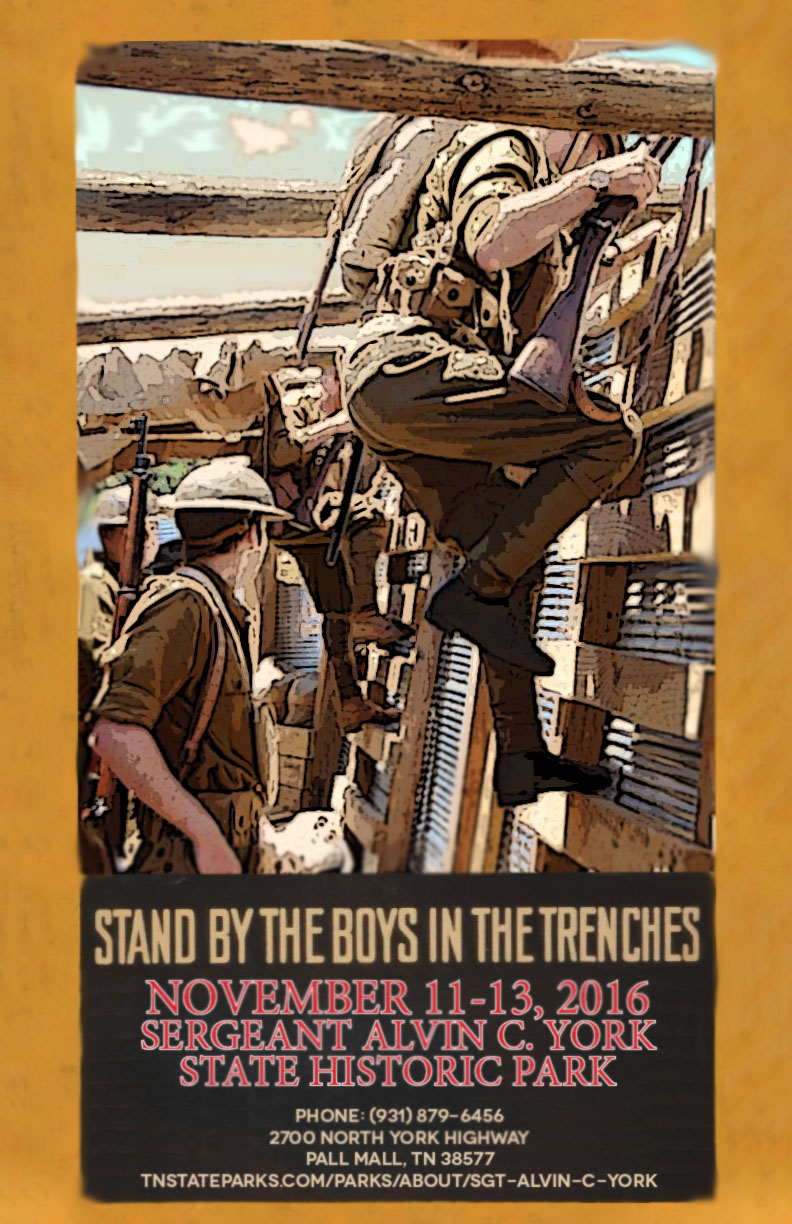 JAMESTOWN – An Upper Cumberland park is hosting a Veterans Day weekend that will be highlighted by flyovers by World War I-era aircraft, reenacted trench assaults and a vintage football game.

Festivities at Sergeant Alvin C. York State Historic Park begin at 12:30 p.m. Friday when the Sergeant York Patriotic Foundation will conduct its annual Veterans Day program. Historical reenactors will offer guided tours of a reconstructed trench representing the 25,000 mile network of defenses on the Western Front. Following at 6 p.m., a screening of the 1941 film Sergeant York starring Gary Cooper will be offered, as well as free refreshments in the York Barn.

WWI-era aircraft will take to the skies Saturday. In addition, reenactors will conduct several trench assaults and gas attacks throughout the day. Guest speakers in the York Barn will discuss the impact of the War on the lives of Tennesseans, early efforts at remembering the fallen, and the making of the Sergeant York movie. At 5 p.m., the Mockingbirds old-time string band will perform music of the Wolf River Valley that dates back to the early 1900s.

The weekend ends on a high note as the Army plays the Marine Corps in a vintage football game played using rules from 1910. Football served an important purpose during the war, as many military officials believed that sports kept the soldiers entertained and physically fit for combat. Kickoff will be at noon.

The park, located at 2609 North York Highway, nine miles north of Jamestown in Pall Mall, pays tribute to one of the most decorated soldiers of the war. Guests can enjoy a visitor center modeled after York’s general store, tours of his two-story house, a gristmill, the York Bible School and various picnic facilities. The York Farm was designated a National Historic Landmark in 1977. For more information, visit http://tnstateparks.com/parks/about/sgt-alvin-c-york or contact the park office at (931) 879-6456.

Veterans Day, Nov. 11, formerly known as Armistice Day, commemorated the anniversary of the armistice that ended World War I in 1918.