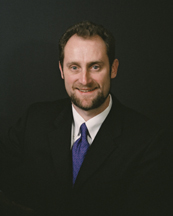 The U.S. Supreme Court’s first decision this term was unanimous. In Mount Lemmon Fire Dist. v. Guido, 201 L. Ed 262 (Nov. 6, 2018) – authored by Ruth Bader Ginsburg and announced just one day before she was injured in a fall – the Supreme Court held that the Age Discrimination in Employment Act (ADEA) applies to allstate and local public sector employers. The Sixth Circuit, under EEOC v. Monclova, 920 F.2d 360 (6thCir. 1990), had previously held that only public employers with twenty or more employees were subject to ADEA liability. Not all U.S. Courts of Appeal reached the same conclusion, however, and the Mount Lemmon Fire District case provided the opportunity to resolve the conflict.

At first blush, this decision might appear to be of limited interest, especially since many states (Tennessee included) already have state laws banning age discrimination by public employers of any size.[1]Appearances can be deceiving. This decision has potential impact well beyond the public sector.

The key to understanding the potential broader impact of the Mount Lemmon Fire Districtdecision lies in the ADEA’s history. The ADEA generally bans discrimination against employees over the age of 40 by an “employer.” At the time the ADEA was enacted – three years after Title VII banned discrimination based on race, sex, color, religion and national origin – the term “employer” under both statutes only included private employers. That separate history explains why employers (and sometimes practitioners) are caught by surprise by distinctions between ADEA and Title VII administrative processes, damages, and the like. Title VII bans discrimination by any “employer,” which is defined as a “person engaged in commerce who has fifteen or more employees.” In 1972, Title VII’s definition of “person” was expanded to include “governments, government agencies, [and] political subdivisions.” Meeting the “numerosity” requirement is thus a basic element of any Title VII plaintiff’s case. Arbaugh v. Y & H Corp., 546 U.S. 500 (2006)

The ADEA was also amended to include public employers, but two years later and via different statutory language. 29 U.S.C.S. § 630(b) now defines an “employer” as:

(emphasis added). This amendment occurred at the same time Congress expanded FLSA coverage to include all government employers.

The Court’s analysis in Mount Lemmon Fire District turned on what the term, “also means” means for ADEA purposes. Ordinarily, “also” is “additive” rather than “clarifying,” and when “also means” appears in other federal legislation it “typically” has been given an additive meaning. The Court rejected the employer’s argument that the ADEA should be read consistently with Title VII, in part because the ADEA appears in the same title of the U.S. Code as the FLSA, which makes no distinction based on employer size.

The Court’s decision does not end-answer a much more challenging question:  namely, what the words that follow “also means” in the definition of employermean. Does “any agent of such a person” mean that Congress meant to impose individual liability for an ADEA violation?  By way of footnote, the Court declined to address the issue because it was not part of the underlying dispute in that case. The Sixth Circuit has previously considered and rejected individual liability under the ADEA in Stults v. Conoco Inc., 76 F.3d 651 (1996). Rest assured, in light of Mount Lemmon Fire District, there will be plaintiff’s attorneys who will assert otherwise.

[1]The Tennessee Human Rights Act, at Tenn. Code § 4-21-102 (5), defines an employer to include the state and any political or civil subdivision thereof.