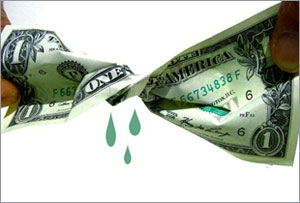 LOS ANGELES – The U.S. economy is likely to muddle along with below-trend growth and continued high inflation over the next 12 months, according to the UCLA Anderson Forecast’s latest report. And while no recession is forecast at this time, forecast economists say the possibility still exists that persistent inflation and aggressive interest rate policy will lead to a “hard landing” of the economy, potentially precipitating a recession.

Despite mixed economic signals and competing opinions about the state of the national economy, the UCLA Anderson Forecast’s data-driven analysis suggests that the U.S. is not currently in a recession.

This assessment is based on several factors, including a robust labor market, strong consumer spending, an easing of COVID-19–related supply chain constraints and an increase in government defense spending resulting from geopolitical instability and the return of manufacturing to the U.S. from overseas.

On the flip side, several factors could drive the economy into recession, including persistent and broad-based inflation and the likelihood the Federal Reserve will continue to aggressively raise interest rates, constraining consumer spending and business investment and consumer pessimism which is usually a leading indicator of economic conditions.

Other concerns are a downturn in housing markets related to rising mortgage rates, worsening worldwide economic conditions contributing negatively to U.S. exports and potential labor unrest. Those work stoppages and strikes may contribute to supply constraints.

“There is tremendous uncertainty about what will happen over the course of the next 12 months and through the end of our forecast horizon,” says UCLA Anderson Forecast senior economist Leo Feler. “While we have not forecast a recession at this time, the risks to the U.S. economy are asymmetric to the downside.”