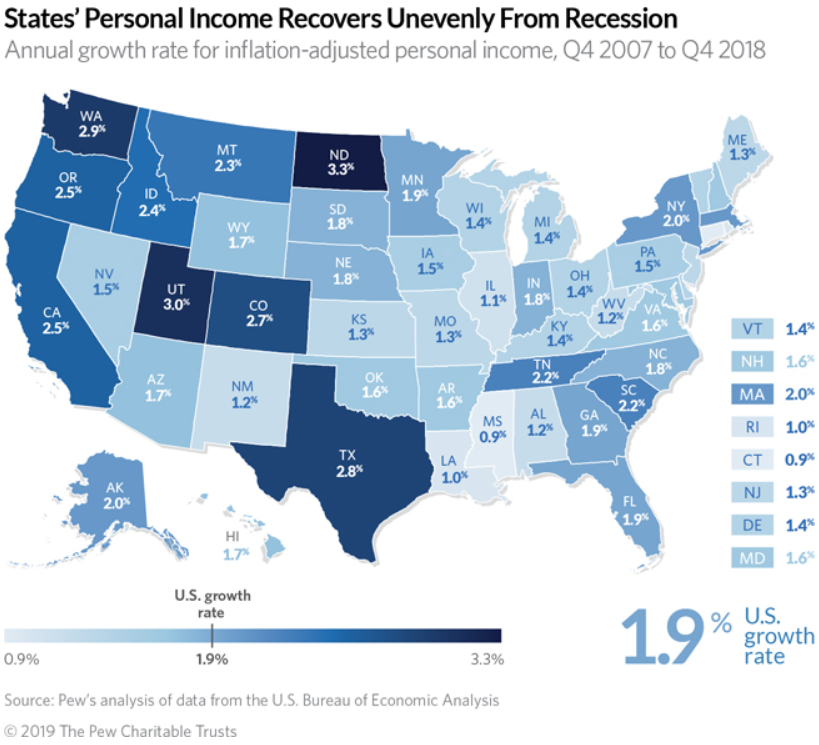 WASHINGTON – Studies by the Pew Charitable Trust show that Tennessee and South Carolina have the highest economic growth east of the Mississippi River since late 2007. Both states had an annualized growth rate of 2.2 percent.

North Dakota has had the strongest annualized growth at 3.3 percent largely due to the oil production boom driven by the use of new drilling technologies.

Tennessee and South Carolina were tied at the 10th highest annualized growth rate in the U.S. Of states east of the Mississippi River, New York and Massachusetts followed at a rate of 2.0 percent.

Connecticut and Mississippi had the slowest growth at only 0.9 percent a year since the recession began. Studies attribute the slow growth in Connecticut to losses in manufacturing and in Mississippi to lower earnings in its construction industry.

Tennessee’s personal income growth over the past year at 2.8 percent was well ahead of the U.S. average of 2.3 percent but fell considerably behind the nation’s best rate of 4.4 percent that was shared by both North Dakota and South Dakota.More information is available from the Pew Charitable Trust here 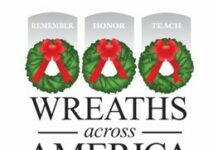