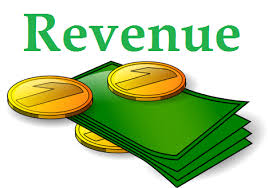 NASHVILLE – Tennessee Department of Finance and Administration Commissioner Butch Eley recently announced that revenues for June were $1.5 billion, which is $12.5 million less than the budgeted monthly revenue estimate. State tax revenues were $29.8 million less than June 2019 and overall collections for the month represented a negative growth rate of 1.91 percent.

“Tennesseans are cautiously increasing business and consumer activities as we move forward in an unprecedented environment,” Eley said. “We anticipated a slow recovery from April, when everyone was staying at home, but it’s too early to identify any patterns in revenue collections. It should be noted that a sizable percentage of June revenue receipts are supported by a shift in tax burden from business, privilege and motor vehicle registration tax payments which were delayed to help provide support during the early phases of the pandemic. The state will not know the full impact of the pandemic on fiscal year 2020 until the close of the fiscal year next month when corporate tax and Hall income tax filings are due.

“Regardless of economic conditions, we will ensure that the state continues to plan for the worst while hoping for the best, while making sure Tennesseans continue to receive the services they need.”

The Tennessee Department of Revenue extension of tax due dates can be found on their website at https://www.tn.gov/revenue/news/2020/3/31/tennessee-extends-certain-tax-deadlines-due-to-covid-19.html.

General fund revenues were greater than the budgeted estimates in the amount of $6.3 million, while the four other funds that share in state tax revenues were $18.8 million less than the estimates.

Gasoline and motor fuel revenues for June decreased by 10.24 percent compared to June 2019, and they were $16.3 million less than the budgeted estimate of $109 million.  For eleven months, revenues have fallen behind estimates by $15.8 million.

Motor vehicle registration revenues $0.1 million more than the June estimate, and on a year-to-date basis, revenues are $10.8 million less than the estimate.

All other tax revenues exceeded estimates by a net of $0.4 million.

On Nov. 19, 2019, the State Funding Board met to hear updated revenue projections from various state economists. Following this meeting, on Nov. 26, 2019, the board decided to adopt revised revenue growth ranges for the current fiscal year. The recurring growth ranges adopted include a low of 3.1% to a high of 3.6% for total taxes and a recurring range low of 3.2% to a high of 3.75% for general fund taxes.

On March 19, 2020 in the second session of the 111th General Assembly, the Legislature passed the 2019-2020 budget, which included the Funding Board’s current year revised ranges and also the administration’s amendment to the proposed budget. The administration’s amendment, in an effort to recognize the economic impact from the COVID-19 pandemic, included a reduction of $153.8 million of previously projected revenue to acknowledge potential shortfalls. The governor signed the appropriations bill on April 2, 2020.

With the passage of the appropriations act, Public Chapter 651, the General Assembly recognized in the current fiscal year an additional $396.1 million in total revenue and a corresponding increase in general fund revenue in the amount of $345.9 million.

However, in June, the general assembly reconvened again and elected to lower revenues estimates further for the current fiscal year thereby reducing general fund estimates by $500 million. Public Chapter 760 was signed on June 30, 2020.