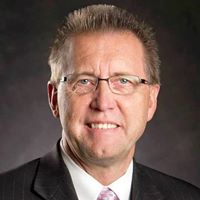 COOKEVILLE – County Executive Randy Porter is asking the county commission to vote to repeal Private Acts of 2004, Chapter 126, which changed the name of the chief officer of Putnam County to county executive, changing the title back to county mayor. The commission will consider this among other agenda items at its meeting on Nov. 19.

Putnam County was one of the first to request this and the Private Act was passed in May 2004.  In fact, nine of the 14 counties in the Upper Cumberland requested these Private Acts changing the title back to county executive.

In 2007 the state removed the option to change the title to county executive but grandfathered in all the counties that had previously changed it.

Over the years, it has become confusing to many, especially in economic development circles as to why some counties have a county executive and others have a county mayor.  This issue has now started to creep into the recruitment of new industries into the area prompting Porter to ask for the change.

“When I took office in 2014, I had no clue how confusing this would be,” explained Porter. “With most of the counties in the state using county mayor, it’s hard for people to understand why we would want to be different.”

This issue really became apparent recently at a dinner with an international company looking to locate in the area.

“We were having dinner with an international company and I was sitting across from the CEO of the company,” shared Porter. “I noticed he kept watching the door like he was waiting on someone to come in. He later asked me if the county mayor was not coming to our meeting.”

I had to try to explain about how our county did not want to change, shared Porter.  It is difficult for these business leaders to understand why a growing county like Putnam would not want to follow state law and be like most counties in the state. This change would eliminate the confusion that holding on to the old title is causing.

Changing the title is simply a matter of passing a resolution and requesting Senator Paul Bailey and Representative Ryan Williams to request the legislature to repeal the old Private Act.  Both legislators are reportedly supportive of the change in title.

The request by Porter passed the Planning Committee unanimously and will go before the full commission on Monday, Nov. 19 at 6 p.m.