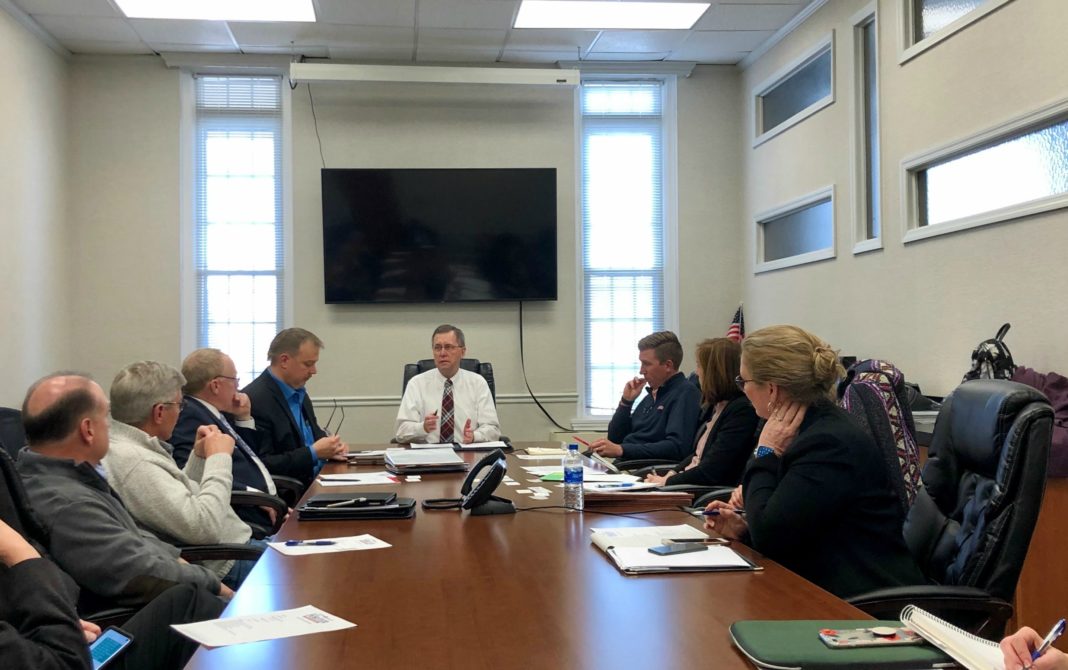 All of the elected officials involved stated they receive weekly complaints from constituents who are dissatisfied with Frontier’s landline and broadband services. Porter shared examples of Frontier customers complaining about their landline telephone service being lost for days without prompt repair. Some of those customers are elderly and depend on the landline telephone for 911 and other medical services.

Foster agreed and gave examples in Cumberland County where Frontier was unable to provide some citizens with new phone service due to a lack of empty ports in its system. Foster said Frontier has also left lines on broken poles for extended periods of time and has subjected its customers to long waits for service. He said it was hurting the real estate market and economic development due to residents and businesses not being able to get adequate phone service. Foster noted the issues are not anecdotal, but are “real and substantive.”

Both Putnam and Cumberland county officials shared they get numerous complaints on DSL broadband speeds as well. Stories of children not being able to do homework, businesses not being able to compete and general overall dissatisfaction with the speeds and level of service are commonplace.

Frontier executives appeared sympathetic as they heard the issues, but did not have an immediate fix for the problems. They discussed the low number of customers they now have in Tennessee and people swapping to cellular in place of landlines as cost-prohibiting[MP1] barriers. There are recent national reports that Frontier is planning to file for bankruptcy within the next two months, partially due to $16 billion in long-term debt the company has accumulated.

Bailey recently introduced legislation in the Tennessee General Assembly to create a civil penalty of $5,000 and up to $15,000 per customer for telecommunication companies not delivering services they advertise.

“It’s past time for Frontier Communications to deliver on quality service and products,” added Bailey.

Rose observed and gathered information during the meeting, but encouraged Frontier representatives to move swiftly to address these local service concerns.

“I appreciated the opportunity to receive an update on this critical issue that greatly affects many of my constituents,” Rose stated. “I will continue to carefully monitor this ongoing situation.”

Officials also had a discussion with Frontier executives about a possible sale of its Tennessee property to another communications company. Frontier stated they were willing to listen to any offers.

Frontier executives agreed at the end of the meeting to communicate with the government leaders on possible solutions to all the problems.

“We need immediate attention to remedy these issues for our community,” said Shelton.” I’m hopeful after this meeting, we will see the attention and action our citizens deserve.”

“We are very disappointed in Frontier’s level of service,” said Porter, on behalf of all officials involved. “We will continue to work with not only Frontier, but our state and federal officials to resolve these issues.”