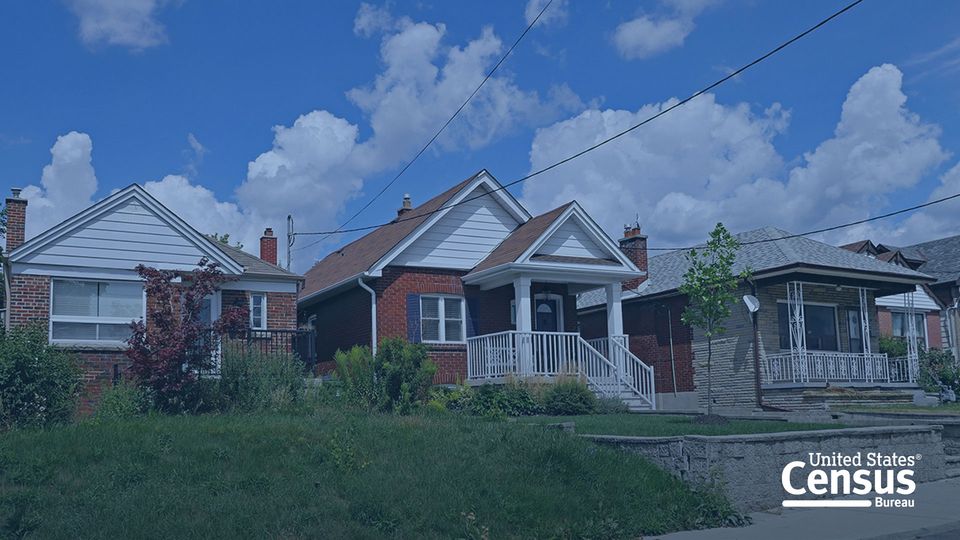 WASHINGTON – The COVID-19 pandemic has made many individuals reevaluate how to keep themselves and others safe. It has also changed the way they manage space in their homes during a nationwide shift toward working and learning from home.

But how many U.S. households are limited in ways they can effectively respond to the pandemic because they don’t have enough rooms or amenities in their home?

About 38% of all U.S. households in multi-person homes (34 million households) did not have at least two full bathrooms and enough bedrooms to keep one person completely isolated, according to the 2019 American Housing Survey (AHS). The Census Bureau conducts the AHS, which is sponsored by the Department of Housing and Urban Development.

When exposed to the COVID-19 virus, quarantining is critical to prevent further spread, according to the Centers for Disease Control and Prevention (CDC).

As a recent Annals of Internal Medicine article explores, however, many Americans do not live in housing that can accommodate quarantine as the CDC recommends.

When more than one person lives in a home, a limited number of bedrooms or bathrooms can make self-isolation challenging. A lack of amenities, like a washer and dryer or a full kitchen, may also inhibit self-isolation.

Housing characteristics don’t just impact a household’s ability to quarantine during a pandemic. They also affect how Americans work and learn at home.

The COVID-19 pandemic has led to school, business and office closures across the country, forcing many students to learn virtually and workers to do their jobs remotely — mostly from home.

Is available workspace an issue for these households?

As the CDC recommends, those infected with COVID-19 should stay in a separate bedroom and use a separate bathroom when possible to limit close contact with other household members and avoid spreading the virus through air and surfaces.

But that’s easier said than done in many multi-person households that don’t have the room to create a separate space for self-isolation.

Around 36% of the 32 million multi-person homes in the United States did not have at least two full bathrooms in 2019.

For multi-person homes with an individual who is at higher risk of hospitalization from COVID-19 because they are 65 years old or older, the percentage without two full bathrooms drops to 31% (7.2 million). The AHS excludes group quarters, so these metrics do not include nursing facilities.

When someone quarantines alone in a bedroom in a multi-person home, others may be forced to double up and share bedrooms.

About 1 in 10 multi-person households (11%, or 9.8 million) did not have enough bedrooms for an exposed individual to quarantine alone without forcing more than two people to stay in one of the remaining bedrooms. That number drops to 6% (1.3 million) in households with an individual 65 years old or older.

Enough bedrooms is defined as a two- or three-person household having at least 2 bedrooms, and a household of four or more having enough bedrooms to allow one person to isolate in a bedroom without forcing three or more people in the household to share a remaining bedroom.

A lack of bedrooms and bathrooms to isolate was more prevalent in lower-income homes. Among multi-person households with a total annual income below the federal poverty level, 61% (5.5 million) did not have at least two full bathrooms and enough bedrooms (Figure 1).

In contrast, only 28% (15 million) of households with an income at least 300% of the federal poverty level did not have enough bedrooms and bathrooms to accommodate someone who had to quarantine.

Differences existed by race, as well. Around 35% (1.8 million) of homes with an Asian householder did not have at least two bathrooms and enough bedrooms to isolate one member without forcing more than two other household members to share a remaining bedroom.

The percentage climbed to 51% (548,000) for homes with an American Indian or Alaska Native head of household (Figure 2).

In high-density cities, where housing is at a premium and units are often smaller, multi-bedroom and multi-bath housing may not be attainable.

For example, 59% (2.9 million) of multi-person homes in the New York City metropolitan area did not have at least two full bathrooms and enough bedrooms for one household member to isolate without forcing more than two other people in the household to share a remaining  bedroom (Figure 3).

In contrast, in the Atlanta metro area, only 16% (260,000) of multi-person homes do not have enough bathrooms and bedrooms.

Households that do not have a washer and dryer or a full kitchen in their unit may have to make more trips outside of the home, potentially increasing their and other household members’ exposure to the infection.

As was the case for homes with no extra baths and bedrooms, the lack of a full kitchen and a washer and dryer was more common in lower-income households (Figure 4).

In the same way that housing costs in some areas affect the size of homes and apartments, they also affect home amenities.

Less than 10% (150,000) of homes in Atlanta did not have a full kitchen and laundry amenities — the lowest percentage among the 15 largest metro areas.

According to the U.S. Census Bureau’s Household Pulse Survey, tens of millions of Americans have had to work or study from home more during the pandemic.

Based on the survey’s estimates for the Jan. 20-Feb. 1, 2021 period, about 37% (91 million) of adults have substituted some or all in-person work for telework because of the pandemic. Approximately 84% (43 million) of adults with children in their household have seen children’s classes moving to distance learning.

When both working-age adults (ages 18-64) and school-age children (ages 6-17) must work and study from home, it may be best but not always possible for everyone to work in their own room.

Among households with at least two working or school-age individuals, 6% (4 million) did not have at least one room (excluding kitchens, bathrooms, and laundry rooms) per working age adult and school-age child, according to AHS.

Location may also play a role in how many rooms are available for working and learning from home.

Many Americans have responded to the COVID-19 pandemic by reevaluating how they use the space in their homes and by being careful about how they limit their exposure to infection.

Having a certain number of bedrooms and bathrooms or amenities like a full kitchen and an in-unit washer and dryer may make it easier for some individuals to reduce their exposure.

This article shows how households with different income levels and in different metro locations throughout the country may face different challenges in responding to the COVID-19 pandemic.

The Census Bureau provides up-to-date information on the quality and cost of housing in the United States and major metropolitan areas, as well as information on how the coronavirus pandemic is impacting households across the country from a social and economic perspective.