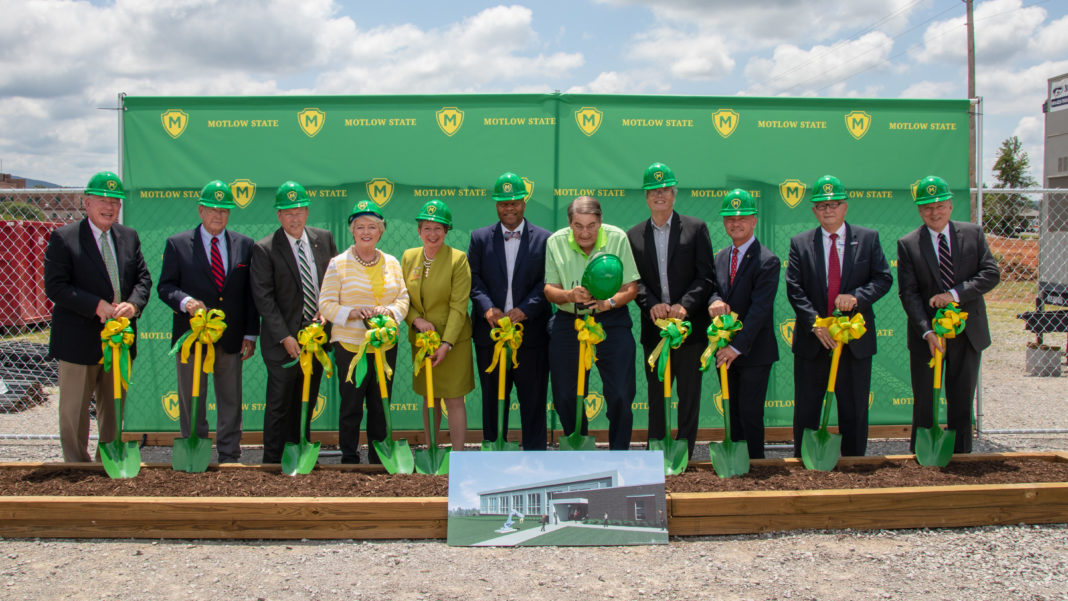 MCMINNVILLE – In a fast-paced world of ever-evolving technological needs, Motlow State Community College is setting the curve when it comes to preparing students for the jobs of today and the future.

The college recently held a ribbon cutting ceremony to celebrate the groundbreaking for its new $5.5 million, state-of-the-art Automation and Robotics Training Center to be constructed in McMinnville.

“There’s not one in the state of Tennessee like this,” Don Alexander, director of the White County Development Board, told the UCBJ. “The closest we’ve found was right outside of Dayton, Ohio and one in Michigan. There’s one over in Decatur but it’s not quite as top-caliber as this one’s going to be … It’s really going to be a paradigm shift for the area.”

The facility, slated for a spring 2019 opening, will be roughly 12,000 square feet and will feature five classrooms, six high-bay hands-on robotics labs, offices for faculty and staff, and a conference room to be shared as a community meeting space.

Partnering with three top robotics manufacturers, ABB, Fanuc, and Yaskawa/Motoman, the program will train and certify students in design, operation, and maintenance of industrial robots. While some aspects are currently under development, Motlow will offer credit and non-credit training in this field of study.

In 2014, Don Alexander was among a handful of education leaders contacted regarding a possible grant opportunity that would help fund the project. From there, it was decided among the group to pursue funding assistance to establish a one-of-its-kind robotics-centered education program.

So far, the $5.5 million needed to construct the facility has been raised. The college is now working to secure contribution funding to provide the necessary training equipment; which includes ABB, Fanuc, and Motoman equipment as well as automation equipment.

Meanwhile the group formed an official steering committee and invited leaders from local industries to provide feedback in gauge interest in the program. Alexander said leaders from at least 21 regional industries attended the meeting.

“They told us, ‘do this, do it now and do it right because we’ve got to have these individuals,’” Alexander said.

Many of those industries represented, Alexander told us, rely on robotics to manufacture or assemble their products. If a robot on the production line goes down, a manufacturer’s operations can grind to a halt while a specialized technician travels to the site to make the necessary repairs.

There are more than 7,000 robots in operation within a 70-mile-radius of Warren County. However, existing specially-trained individuals need to support the technology is short supply and training for the robotics industry typically means traveling nearly 500 miles or more to attend classes at a facility that would be on par with the new robotics facility at Motlow.

“We’re trying to address the needs of industries that already have employees – we want them come in and receive the automation-robotic training,” Alexander said.

The program which would produce qualified technicians to service the exist industrial manufacturers could also potentially boost future industrial-manufacturing interest in the region, Alexander added.

“That’s what we’re trying to get a jump on,” he said. “Industries are really desperate for these individuals and are paying a really, really over-median kind of wage for the entry-level employees.

“It will be a factor in recruitment for additional industries that want to move into this area,” Alexander added.

Starting wages in the fields of mechatronics and robotics can begin as high as $42,000 to $48,000, according to the Motlow mechatronics brochure.

Motlow students have already been able to take courses related to mechatronics and, coming in Fall 2019, those in the program will be able to pursue a two-year mechatronics degree with a concentration in robotics.