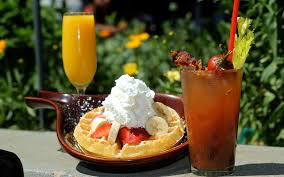 COOKEVILLE – Fans of the early Sunday brunch will once again be able to order mimosas, bloody marys and other mixed drinks before noon. The Cookeville City Council voted unanimously last night to pass a resolution allowing the sale of liquor-by-the-drink and malt beverages beginning at 10 a.m. on Sundays.

Previously, Cookeville regulations prohibited the sale of alcoholic beverages before noon on Sundays.

According to Cookeville Mayor Ricky Shelton, the city considered this resolution after being approached by a local restaurateur who had been serving mimosas, etc. with their Sunday brunch and didn’t realize they were non-compliant until the Tennessee Alcoholic Beverage Commission (TABC) came to talk to them.

“The restaurateur asked the city to look at that because the state law had recently changed again, and actually liquor stores can sell beginning at 10 a.m. by state law,” Shelton explained. “We were just trying to get our hours in line with the state law.”

The confusion over Sunday alcohol sales dates back to a rule adopted by the TABC on Nov. 16, 2000 that expanded the sale of alcoholic beverages on Sunday from noon to 10 a.m.

Tennessee Code Annotated (TCA) Section 57-4-203 (d)(5) allows the governing body of any municipality to opt out of the extended hours by passing a resolution to that effect, which Cookeville did on Oct. 4, 2001.

Now, the city of Cookeville is utilizing another provision of TCA Section 57-4-203 (d)(5) that allows any municipality that has opted out of the extended hours may opt back in simply by passing a resolution.

The only comment from the public on the issue was from Cookeville resident Pat Wallace who requested to address the council before the vote. Wallace stressed that the issue was a spiritual thing and asked the council to embrace the traditions of the community and not to allow alcohol sales on Sunday morning.