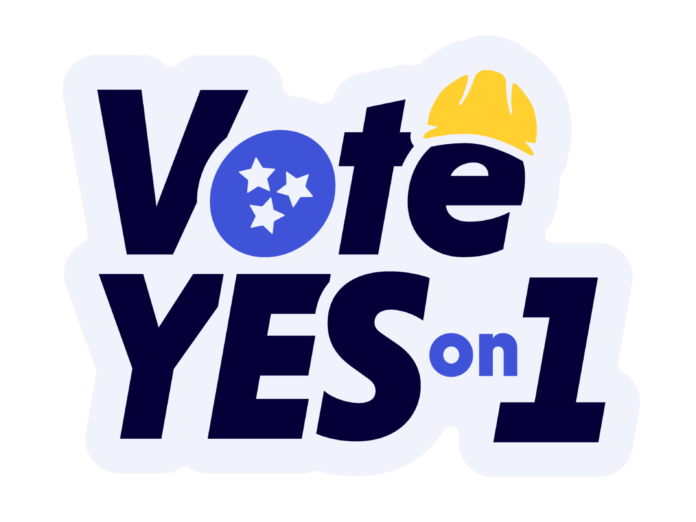 NASHVILLE – The Yes on 1 Committee to enshrine right-to-work in the Tennessee Constitution today announced that Gov. Bill Lee will serve as its honorary statewide chairman. Yes on 1 will advocate for Amendment 1, which will appear on the ballot on Nov. 8, 2022. Right-to-work means that Tennesseans cannot be forced to join a union and pay dues in order to get or keep their job.

“Tennessee is leading the nation with a strong workforce thanks to a long-held commitment to right-to-work,” said Lee. “A yes on right-to-work means saying yes to a strong economy, good jobs and merit-based opportunity.”

Lt. Gov. Randy McNally, East Tennessee Co-chairman for the campaign, welcomed Lee to the team, saying, “Between running his own Tennessee business and then recruiting businesses to our state, Gov. Lee has the perfect background to help us make the case for placing right-to-work in our state constitution.”

“We appreciate Gov. Lee’s leadership as the newest member of the Yes on 1 team,” said fellow East Tennessee Co-chairman and Speaker of the House Cameron Sexton. “Together, we can ensure that Amendment 1 obtains the same widespread support that our right-to-work policy has long received.”

“We are honored to have Gov. Lee join Yes on 1 as our statewide chairman,” said Yes on 1 Executive Committee Member Justin Owen. “He knows more than anyone that recruiting good jobs to Tennessee rests in large part on remaining a right-to-work state.”

“We must stand against D.C. politicians who are trying to take away our right-to-work protections in Tennessee,” said Jim Brown, Yes on 1 Executive Committee Member. “We appreciate Gov. Lee joining us in this important fight.”

“Tennessee businesses overwhelmingly support right-to-work,” said Yes on 1 Executive Committee Member Bradley Jackson. “As a former business owner himself, I know that Gov. Lee truly understands the importance of protecting this right, and I look forward to working with him to pass Amendment 1 next fall.”

Yes on 1 is the official committee to support Amendment 1 on the ballot in the November 2022 election, which would enshrine right-to-work in the Tennessee Constitution. For more information about the Yes on 1 campaign, visit www.TNRight2Work.com.