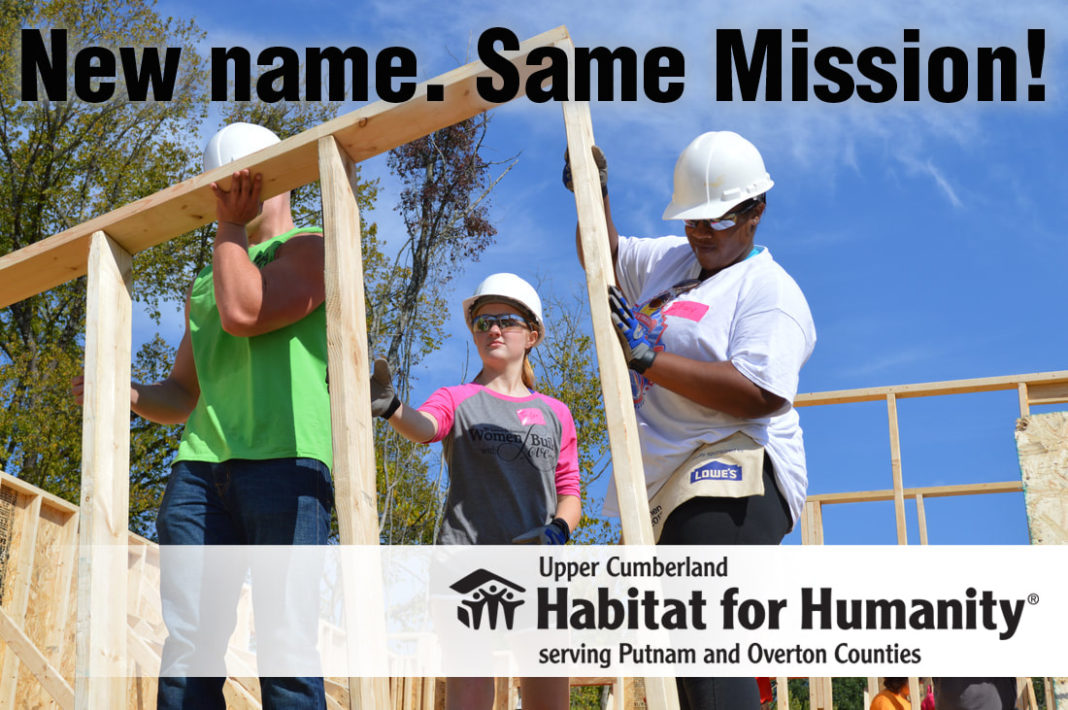 In 2018 the local HFH affiliate adopted a strategic plan which included expanding services in the immediate region. For the last couple of years, they have been working in Overton County.

“Most of the public just refer to us as ‘Habitat,’” said Executive Director Pam Ealey. “But for our proper recognition and visibility, we wanted to make a change that reflected our new service area.”

Several options were considered through the name change process, but eventually a simple decision was made to go to Upper Cumberland.

Any name change must be approved by neighboring Habitat affiliates as well as Habitat for Humanity International. They received official approval in late November and made the decision to start the new year with the new name.

For their first 23 years, the organization has built an excellent reputation under the name Putnam County HFH. But since starting to service Overton County and with plans for other counties in the years ahead, a name change that was more general seemed like the best next step.

Upper Cumberland HFH has their 80th home in Putnam County under construction. Good building lots are being sought to build homes in Overton County in the new year. Plus, the Neighbor to Neighbor Senior homeowner repair program continues to serve seniors in need of assistance so they may remain in their homes as long as possible.

Later this winter, the ministry will transfer their website over from www.pchabitat.org to www.uchabitat.org. In addition, emails will be adjusted.

For now, HFH officials want to let the public know that everything else is the same, and they continue the work of the ministry by serving those in need.

Upper Cumberland Habitat for Humanity is a non-profit Christian housing ministry that builds simple, decent and affordable homes in partnership with God and families in need. UCHFH serves both Putnam and Overton counties. In 2018, UCHFH added the Neighbor 2 Neighbor program. N2N uses volunteers to complete repair work for qualifying low-income seniors in both counties. For more information or to donate visit www.pchabitat.org or call 931-528-1711.