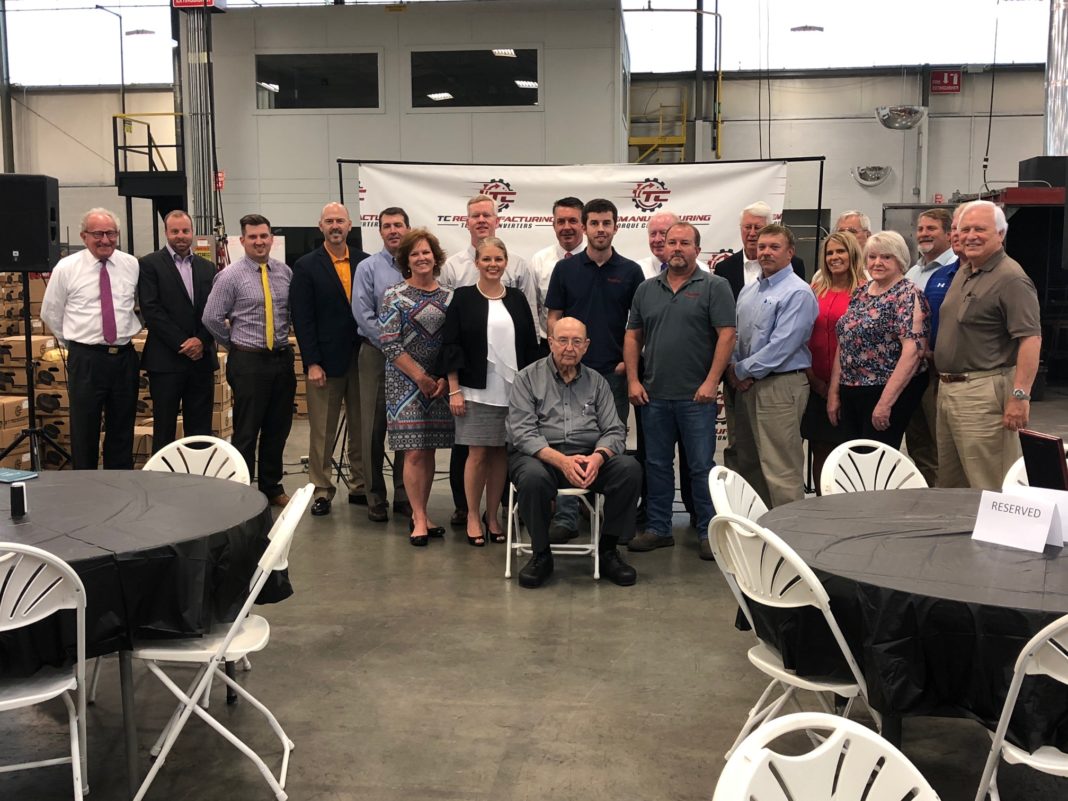 GAINESBORO – A new company born from the impact of a legendary business in the Upper Cumberland honored the man behind it all yesterday. Jim Hall, a Jackson County native who started DACCO, was the guest of honor at a luncheon held by TC Remanufacturing, a company that is following in his footsteps and remanufacturing torque converters in the former EATON plant of Jackson County.

Jim Hall has left a legacy as an entrepreneur, banker, and business man, but few realize the true impact he has had on the region. The Jackson County native created a business that became a billion dollar industry, often spinning off numerous other businesses as a result.

About 100 people attended the luncheon to honor Hall on his 50 years of economic impact to the Upper Cumberland, including employees of TC Remanufacturing, Jackson County Mayor Randy Heady, several members of the Jackson County Industrial Development Board, and representatives from the Highlands Economic Partnership. About 15 former DACCO employees also joined and shared memorable stories of “the Great Jim Hall.”

Hall’s legacy began with an idea to take something that people were no longer using — damaged or salvaged torque converters — and to make them new again. He was a pioneer in recycling before the term even existed.

In 1965, Hall purchased the Dayton Air Compressor Company. He utilized the machinery he gained to begin DACCO, taking the name for his new company from the name of the old one. In 1971, Hall moved DACCO to the Upper Cumberland region. 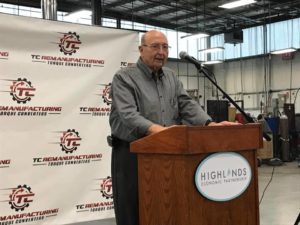 Hall perfected a system where parts were stripped down and repaired, then sold to parts distributors within major cities around the country. Those distributors would then supply the local transmission repair shops. His supply chain created jobs for factory workers, salespeople and truck drivers. In 1998 under Hall’s leadership, DACCO reached a peak of over 1 million torque converters remanufactured within a year. In a 250-work-day year, that was over 4,000 torque converters a day.

Harry Schmink, TC Remanufacturing CEO, had the opportunity to work for Jordan Industries, the company that Hall sold DACCO to when he retired.

“After reviewing the early financial records of DACCO, I’m convinced that Jim Hall is the first billion-dollar man in terms of economic impact to the Upper Cumberland,” stated Schmink.

Other than DACCO, Hall was active in many other businesses. He was a partner in the RC Cola plant in the mid 1970s. In 1988, he, along with Fred Brown and several others in the community, started People’s Bank of the Upper Cumberland (now US Bank). Hall and Fred Brown also bought the Anderson County Bank and served on the board until it was sold. Hall’s most recent business was Nesco, Inc., a company that spawned two businesses, Amaizablaze Corn Stoves and Boss Hoss Motorcycle Transmissions. 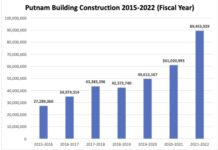 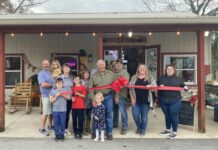