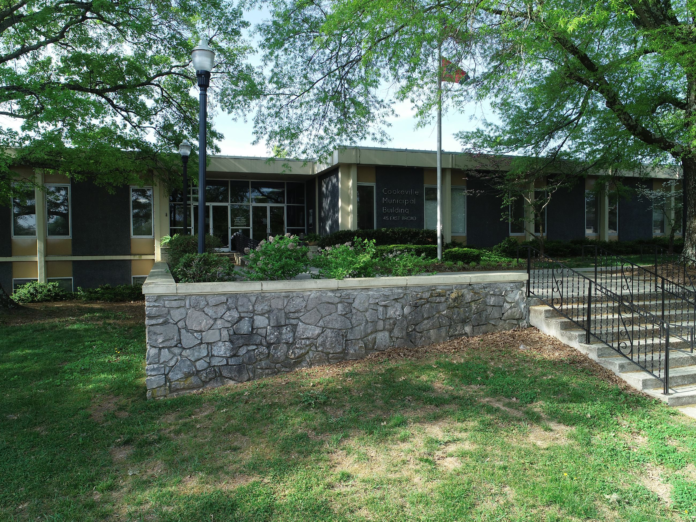 COOKEVILLE – The Cookeville City Council voted 4-0 to obtain outside legal counsel to review the hiring of Mayor Ricky Shelton as the chief strategy officer for Cookeville Regional Medical Center (CRMC).

Councilman Dr. Chuck Womack led council members in expressing concerns that the appearance of a possible impropriety or conflict of interest needed to be investigated to resolve questions raised by their constituents.

“What I’m concerned about is this position was offered to the mayor while he was on the hospital board back in October, November … that’s disturbing, negotiating with someone that had been on the hospital board for six years and was then offered a position, an executive position, a high level position at the hospital,” Womack shared. “That has an appearance of impropriety to me. I think we need outside counsel to look into this as to the status of this timeline.”

Since the issue was raised in the council meeting last week, Councilman Eric Walker said that he had sat down with CRMC CEO Paul Korth, CRMC Attorney Luke Hill, Cookeville City Manager James Mills and Cookeville City Attorney Dan Rader to discuss his concerns and to review the timeline of the hire.

Walker said that most of his questions regarding the matter were answered that day; however, he said that he thought that the information needed to be shared with the council and the public in an effort to be as transparent as possible about the information and the facts.

“A newly created chief strategy officer position was posted on the CRMC website from Sept. 30 to Oct. 9,” said Walker. “The position was listed as a senior management position. There were 18 applications for the CSO position. Two were interviewed in October. On Nov. 6, the mayor received an offer of employment.”

There was also an annual review of the hospital bylaws in October, Walker learned. At the Oct. 22 CRMC Board of Trustees meeting, there was a designee issue concerning the mayor appointing another member that was identified and discussed. The board decided to table that issue until Dec. 3, which would be the next board meeting for the trustees, to give that board time to consider that matter in further detail.

The designee change was done Dec. 3 and just before Dec. 7 at the city council work session was when Walker was notified that the mayor would become the hospital’s new CSO. Walker believes that was the first time that he and the other council members would have heard about the matter.

On Dec. 8, CRMC announced the mayor’s new position on their website, and during the Dec. 10 city council meeting, Vice Mayor Laurin Wheaton was announced as the mayor’s designee to the CRMC board effective Jan 3.

Walker said that he had read the hospital bylaws and the city charter, and he believes the hospital board of trustees has a great deal of authority regarding the hospital and that is the appropriate place to go with this matter.

“With that being said, the public has questions, and I believe it is our duty to find the answers,” stressed Walker. “The city council are the representatives of the good people of Cookeville, and with the city being the owners of the CRMC hospital facilities, we certainly have an interest in how it is run and operated. And this council does owe the public a thorough investigation in any appearance of impropriety. As we move forward on this manner, I believe it is more than reasonable to hire additional legal counsel to advise this council.”

Wheaton and Councilman Mark Miller both expressed concern for their constituents and the questions that they had about the hiring.

“As elected officials, we have a duty and responsibility to address the interests and concerns of our citizens,” said Wheaton. “I know I hope this is the first step to provide the community with clarity on this situation. I’ll be voting on this with optimism that this process leads us on the path to transparency for everyone involved and leaves the citizens of Cookeville and the Upper Cumberland with a renewed sense of confidence in their local officials and their community hospital.”

City attorney Rader expressed to the council that legally the city has no authority concerning the hiring and firing of any CRMC employees.

“I think a lot of the public’s misunderstanding is how the hospital is set up in relation to the city of Cookeville,” said Rader. “Based upon the Private Act of the state legislature amended as recently as 2016, CRMC is a Private Act hospital.

Rader added that he wants the council to be satisfied that everything was done correctly.

Mills said that he couldn’t find anything in the city charter that prohibits employment of any member of the city council with Cookeville Regional Medical Center.

Prior to the vote, Shelton gave a statement that can be found in its entirety here.

Shelton abstained from the 4-0 vote to hire outside counsel.