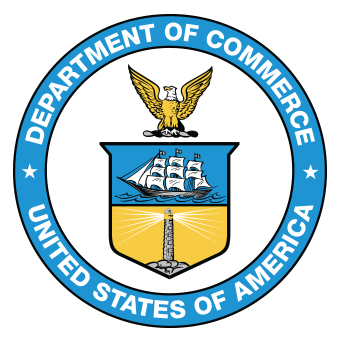 WASHINGTON – Today, the U.S. Commerce Department, through its Bureau of Industry and Security (BIS), imposed on Belarus the stringent export controls made effective on Russia on Feb. 24, 2022, in response to Belarus’s substantial enabling of Russia’s further invasion of Ukraine. Application of these controls on Belarus will help to prevent the diversion of items, including technology and software, in the defense, aerospace, and maritime sectors to Russia through Belarus, and degrade both nations’ ability to sustain military aggression.

“The photos, videos and reports coming out of Ukraine are heart wrenching—both due to the brutality of the Russian assault, and for the amazing resolve of the Ukrainian people,” said Secretary of Commerce Gina M. Raimondo. “Their resilience in the face of unimaginable aggression has galvanized a robust international response. The Commerce Department will continue to lead strong, coordinated action with our global allies and partners to apply maximum pressure on Russia, its enabler Belarus, and any other parties that may seek to support them.”

“The Ukrainian people have demonstrated the power of community and solidarity in the face of unimaginable horror—and the international community has responded strongly that we stand with them against authoritarianism,” said Deputy Secretary of Commerce Don Graves. “As long as this war continues, we will continue to take powerful action against Russia and its enablers in cooperation with our international partners and federal colleagues.”

“Belarus’s choice to enable Russia’s horrific assault on the people of Ukraine has rightly drawn international condemnation. Today’s action will significantly impair Belarus’s ability to abet Russia’s unjustifiable aggression,” said Assistant Secretary of Commerce for Export Administration Thea D. Rozman Kendler. “BIS’s new Russia and Belarus export controls demonstrate the power of U.S. technological and economic leadership in furthering our national security. With our allies and partners, we will continue to stand with the people of Ukraine.”

Today’s rule imposes a policy of denial on sensitive items that support Belarus’s defense, aerospace and maritime industries. The rule also adds Belarus to the two new Foreign Direct Product (FDP) rules put in place on Russia last week as part of Commerce’s Russia sanctions rule, with a near total ban on exports of items to both Russian and Belarusian military end users (the “Russia/Belarus MEU FDP rule”) and adds two entities, including the Ministry of Defence of the Republic of Belarus (this listing encompasses the national armed services, including the army, navy, marine, air force or coast guard; national guard and police; and government intelligence or reconnaissance organizations of Belarus), to the Department of Commerce’s Entity List with a footnote 3 designation.

The footnote 3 designation was established under the Russia sanctions rule issued last week and ensures that the public knows that these entities are subject to the severe restrictions on receiving items, technology and software under new the Russia-Belarus MEU FDP.

These BIS actions were taken under the authority of the Export Control Reform Act of 2018 and its implementing regulations, the Export Administration Regulations (EAR).

The regulation will take effect when it is publicly released by the Federal Register on March 2, 2022.

Additional information on the Biden-Harris Administration’s response is available here.