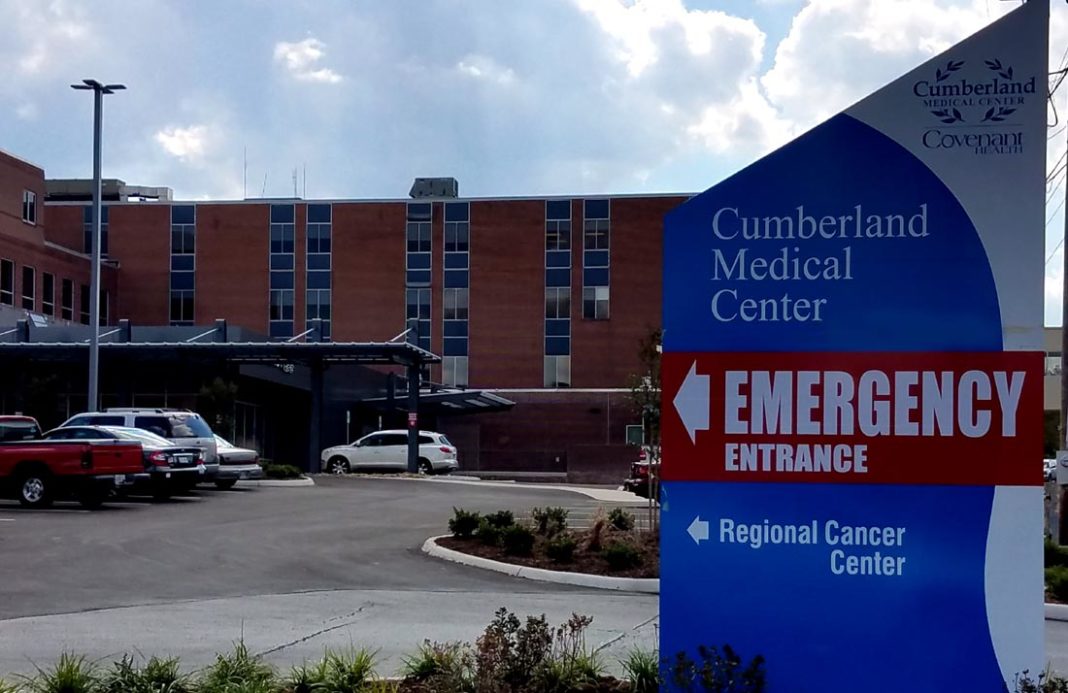 CROSSVILLE – With the dedication and opening of a new emergency department at Cumberland Medical Center, medical care in Crossville takes a step to the future.

While no additional construction is on the immediate horizon, CMC President and Chief Administrative Officer David Bunch told the UCBJ that future plans include adding new advanced equipment, determining a use for the former emergency department space and organizing toward a better patient flow for outpatient services at the hospital.

The new emergency room officially opened for business Tuesday, Oct. 4, and a ribbon cutting and open house was held Sept. 30. The open house gave the public a chance to see the new facility and some of its special features.

The previous CMC emergency department was designed to handle only 16,000 patients a year – but was serving some 32,000. The new emergency department is designed to handle 44,000 patients per year. The facility includes several special rooms including two cardiac rooms, a bariatric room to better treat obese patients, and a decontamination area directly off the ambulance unloading area.

Bunch thanked all those who made the CMC and the ER an important resource for the community. The new emergency department includes over 17,000 square feet, new equipment and technology and was over a $6.3 million investment, he said.

“The majority of our admissions come through the emergency department and it really is the front door of the hospital,” Bunch explained. He also talked about how the hospital continues to fulfill the vision of the hospital’s founder Dr. May Wharton, known as the doctor woman of the Cumberlands.

Other Covenant Health officials spoke to those gathered including Larry Mauldin, chairman of the Covenant Health board of directors, and Jim VanderSteeg, chief executive officer of Covenant Health. VanderSteeg said it was an exciting day for the community. He added the new facility would provide peace of mind for the plateau. “We want to be here when you need us.”

“This new emergency department is all about the patients, the design, the technology and the amenities,” VanderSteeg added. In addition, he said the hospital has made a commitment to be the first and best choice for care.

Dr. Rhonda Bedell, medical director of the emergency department, said that the excellent staff allowed the hospital to serve the number of patients they did in the old space. With cooperation and teamwork the staff was able to proved the service even in the tight quarters.

Bedell spoke about the late Dr. David McKinney who had been a strong leader and big part of the emergency department before his untimely death in a motorcycle accident in August 2015 at the age of 49.

Ed Anderson, former president and CEO of CMC and now a member of the Covenant Health board and the CMC advisory board, announced a fund has been set up to provide scholarships in McKinney’s name. His two children were also recognized during the ceremony.