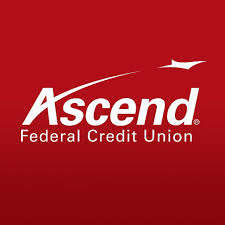 To qualify for the Best Credit Unions to Work For, a project done in partnership with Best Companies Group, companies must have a minimum of 25 employees and have been in business for at least one year. The highlights that led to Ascend’s recognition include above-average employee compensation, significant 401(k) contributions, superior health insurance coverage and a collaborative, nurturing company culture.

“Taking care of our employees is one of our greatest priorities, and we are happy they see how much they are appreciated,” said Peggy Stubblefield, Ascend senior vice president and chief human resources officer. “Our wages are currently 51% above the minimum wage in Tennessee, and last year more than 50% of open positions at the credit union were filled by promotion. We truly strive to support our employees’ career and personal goals, and we are proud to be recognized as one of the best credit unions to work for in the country.”

Ascend pays for 100% of health coverage for employees, and 88% of employees are currently enrolled in the plan. Additionally, the organization offers notable 401(k) contributions: by the fifth year of participation, the credit union matches 100% of an employee’s contribution, up to 10% of the employee’s annual salary. Other factors include employee opportunities to support community fundraising efforts, wellness initiatives and tuition assistance.

The Best Credit Unions to Work For process includes submitting an in-depth employer benefits and policies questionnaire, detailing organizational policies, practices and demographics. Employees then provide feedback in an employee engagement and satisfaction survey, which consists of 78 statements to respond to and two open-ended questions. The results are categorized into eight areas: leadership and planning; corporate culture and communications; role satisfaction; work environment; relationship with supervisor; training, development and resources; pay and benefits; and overall engagement. After all the data is compiled, Best Companies Group ranks each participating organization and releases the list of the top 50 credit unions.

With more than 200,000 members and $2 billion in assets, Ascend Federal Credit Union is the largest credit union in Middle Tennessee and one of the largest federally chartered credit unions in the United States. Based in Tullahoma, Tenn., the member-owned financial institution offers banking, loan, and retirement and investment services from its 25 branches, more than 55,000 free ATMs worldwide, online banking portal and mobile app. The credit union’s mission is to serve by offering financial literacy training and giving back to its community in a variety of ways. Ascend is federally insured by the National Credit Union Administration. For more information, visit ascend.org.