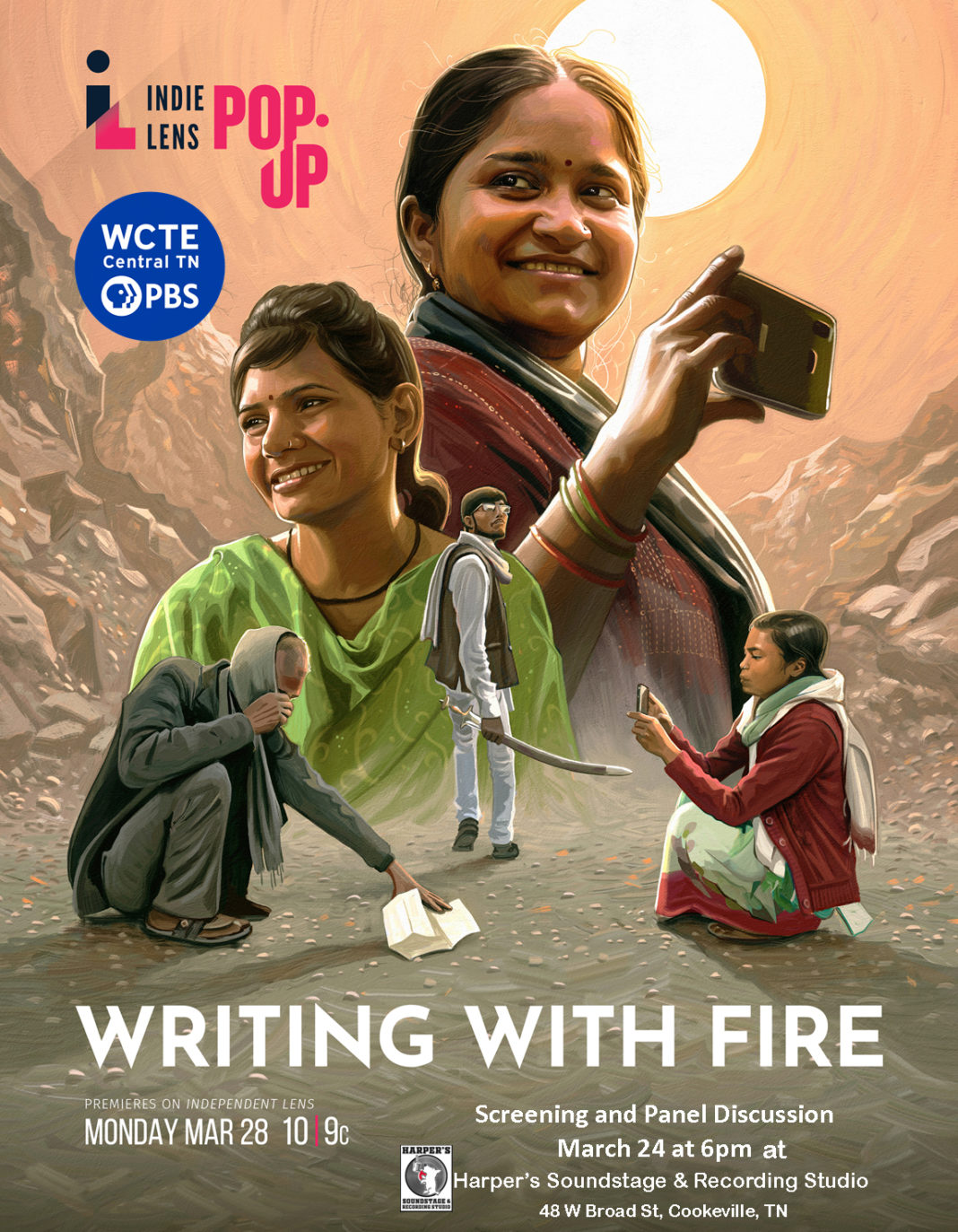 COOKEVILLE – WCTE PBS will hold a screening of “Writing With Fire” at Harper’s Rare Books and Collectibles on Thursday, March 24 at 6 p.m.

Filmmakers Rintu Thomas and Sushmit Ghosh’s Oscar-shortlisted documentary follows the five-year journey of the journalists of Khabar Lahariya and highlights what it means to truly challenge traditional notions of power.

In the midst of a media landscape dominated by men, the reporters with Khabar Lahariya—India’s only newspaper run by Dalit (“low caste”) women—take it upon themselves to cover their country’s inequities with unflinching determination. Armed only with their smartphones, these fearless journalists traverse the state of Uttar Pradesh, exposing government misconduct, rape culture and rampant corruption that victimizes those without voice or power. Led by chief reporter Meera Devi, they investigate the incompetence of the local police force, listen to and stand by victims of caste and gender violence, and challenge long-standing, harmful practices that lead to injustice and intimidation.

The public is invited to join WCTE at Harper’s Rare Books and Collectibles, 41 W Broad St, Cookeville on Thursday, March 24 at 6 p.m. for the preview screening followed by a panel discussion led by Dr. Cephas Ablakwa.