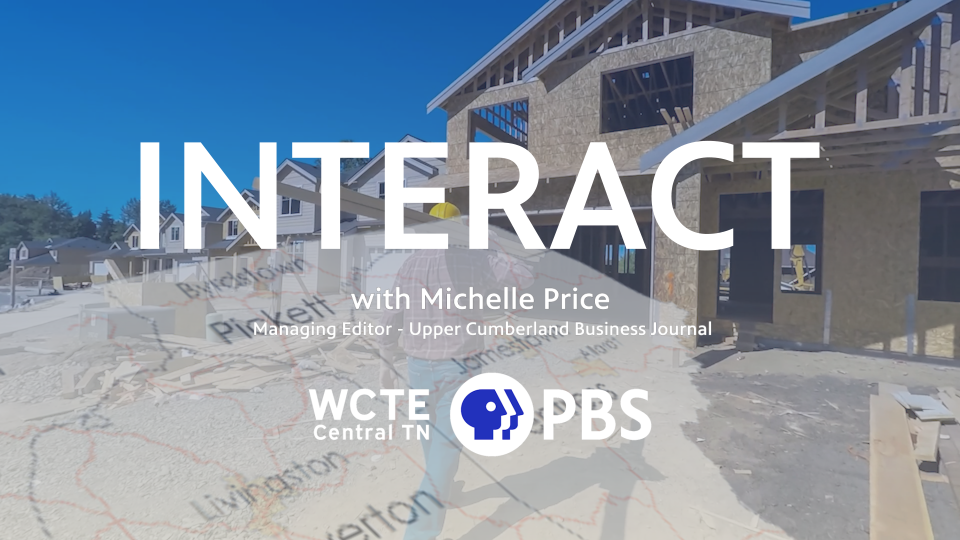 COOKEVILLE – Central Tennessee is about to get better informed.

WCTE PBS in Cookeville is scheduled to premiere its new panel discussion show, “INTERACT,” on Thursday, May 26, at 8:30 p.m. The new show, airing in prime time and repeating on Sundays, is intended to spark civil discourse and relevant discussion of current affairs and of the issues important to Central Tennesseans, according to Brent Clark, WCTE’s Director of Content and Digital media.

“WCTE PBS is thrilled to partner with the Upper Cumberland Business Journal on this new series,” Clark said. “Our goal with ‘INTERACT’ is to get people talking. It’s right there in the name.”

Michelle Price, Managing Editor of the Upper Cumberland Business Journal, will host the show and moderate discussions on a wide range of hot topics as the series proceeds, with new episodes scheduled for the fourth Thursday of every month.

The debut episode will feature a discussion of voting in the Upper Cumberland with guests Dwight Henry, former Cookeville mayor and radio personality; Dr. Geeta McMillan, Civic Engagement leader with the Cookeville-Putnam County NAACP; and Drew McMillan, Jackson County Election Administrator. The panel will talk about voting trends, the importance of broad voter registration reaching into diverse communities, strengthening the numbers of voters in local elections, recent shifts in party affiliations and what the right to vote means to Americans.

“In an increasingly segmented media marketplace, public media strives to educate and inform the communities it serves on topics of interest,” Clark said. “This series premiere will explore the importance of democracy and why citizens must be encouraged to vote in local elections.”