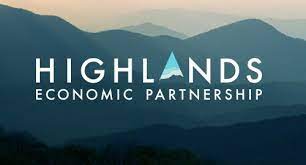 Cookeville – The Highlands Economic Partnership (HEP), along with state and regional partners, have concluded that one of the biggest struggles to the Upper Cumberland and Highlands business environment is a labor shortage, according to the HEP quarter three reporting. The two key findings of the report were that the number of open jobs in the Highlands has stabilized, but Nationwide workforce shortage remains an issue, and unemployment is up from last quarter.

According to the report, the labor shortage is improving, however. There are approximately 10,000 open jobs in the area. Tennessee is currently the second highest rated state in the Southeast (preceded by Georgia) for labor participation with a 60.8% rate as of August. The year-over-year change is +0.4%

Most available jobs in the area are the trade, transportation and utilities field with over 8,000 opportunities. Manufacturing also provided more than $5,000 available jobs while the Leisure and hospitality, education, healthcare and social assistance, construction, financial activities and IT fields also have available jobs.

“It is the direct goal of the HEP to retain and promote growth in the number of citizens who both live and work in the region as much as possible in the coming year by continuing to promote incoming high wage jobs in the most popular industry sectors within the region,” read the report. “The projected population growth will bolster the Highlands’ workforce pipeline and trajectory toward economic growth.”

According to the report, inflation is on the rise in TN, but at a lower percentage. That means as prices go up and costs are cut for business, growth will be slower in the next quarter. The median household income in Jackson county is $38,307 while Overton averages $42,624, Putnam averages $46,985, White county averages $43,277 and the Highlands region as a whole averages $42,798.25.

HEC says the numbers are likely to plateau in quarter four as inflation and interest rates are on the rise, but overall the trend is likely to be one of growth next year.

The Highlands Economic Partnership, launched in 2006 by the Cookeville-Putnam County Chamber of Commerce as the Highlands Initiative, is a collaborative, public/private sector program designed to boost economic and community development in Jackson, Overton, Putnam and White counties. Investor companies made up of federal, state, city and county governments and agencies, chambers of commerce, key officials and business leaders throughout the region, play fundamental roles in the program’s development.