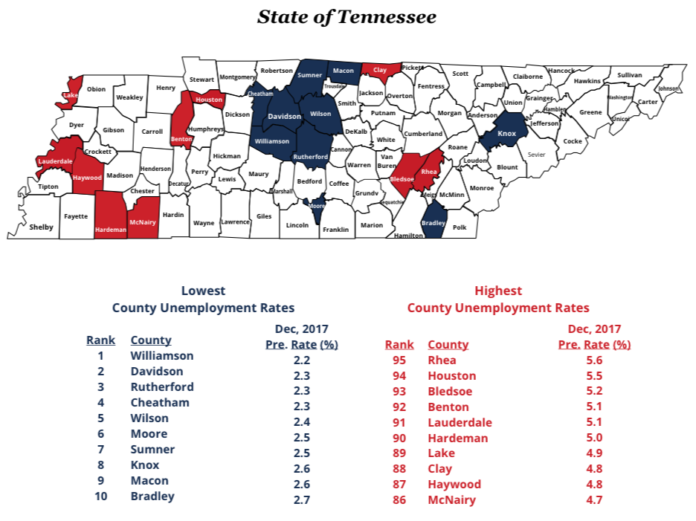 UPPER CUMBERLAND – As Tennessee’s overall unemployment rate continues to hover at 3.1 percent, making it the eighth-lowest rate in the entire nation, some counties here in the Upper Cumberland saw their numbers shrink again from the previous month.

According to the Tennessee Department of Labor and Workforce Development (TDLWD), unemployment remained below 5 percent in the majority of the state’s 95 counties during the month of December. Seventy-seven counties saw their rates decrease.

The state’s unemployment rate is the lowest among its neighboring states in the southeast and is the eighth-lowest in the entire nation, says the TDLWD.

Meanwhile, Clay (4.8), Cumberland (4.1), and Pickett (3.7) reported rates that either held steady or increased over the previous month. Clay ranked eighth on the state’s list of highest county unemployment rates.