KNOXVILLE ― The Tennessee Valley Authority’s business structure and the public power model continue to provide the greatest value to the 10 million people in TVA’s seven-state service area, according to an independent assessment presented to the TVA Board of Directors at its quarterly business meeting Thursday.

The meeting was held virtually to maintain the COVID-19 safeguards TVA implemented to protect the public and employees. This was the first meeting for new board members Beth Harwell and Brian Noland.

Building on an earlier strategic review in 2014, the board commissioned Lazard to reassess TVA’s business performance through 2020 and determine if its current business model is a reasonable approach to fulfilling TVA’s mission in the future.

Lazard’s new report notes that TVA’s financial performance has been notably strong against both its own plan and the performance of other utilities, including reducing operating and maintenance budgets by $800 million and reducing debt below the $21.8 billion target three years ahead of plan. In addition, TVA’s improved business performance has enabled a reduction in effective wholesale power rates from those 10 years ago, a higher level of renewable energy production than its southeastern U.S. peers and stronger partnerships with local power companies that allowed for a rapid community response to the COVID-19 pandemic.

“Just as it did in 2014, Lazard’s assessment concluded that the public power model works and continues to provide the best value to the communities and customers we are privileged to serve,” said Jeff Lyash, TVA’s president and chief executive officer. “This independent report validates the effort and focus of the entire TVA team, as well as public power partners across the region.”

The board approved a special resolution honoring local power company personnel for their “servant leadership and dedication demonstrated in 2020” while dealing with the hardships imposed by the COVID-19 pandemic.

The effectiveness of TVA’s business model was also supported as part of an independent review of CEO compensation discussed at the meeting. The review by the FW Cook firm concluded that the Board’s compensation process is best practice and, with expanding inclusion of government agencies and non-profit entities, uses the most relevant market data to be consistent with requirements of the TVA Act.

“TVA’s compensation must be market-driven and competitive with for-profit utilities since we are all seeking to attract talent from the same limited pool of individuals who have the unique skills and experience to be successful leading a complex organization like ours,” said John Ryder, TVA Board chair.

“The Board’s goal is to balance providing market competitive compensation while recognizing TVA’s conservative CEO compensation philosophy, which reflects the company’s federal agency status and its mission as a service-oriented organization.”

Reviewing Jeff Lyash’s performance and leadership during the challenges encountered in FY20, the Board approved the FY21 CEO total direct compensation granted resulting in an increase from 37% to 28% below the market median of CEO compensation. Nearly two-thirds of the CEO’s total direct compensation is performance-based and at risk, which is an increase from 65% in FY20 to 66% in FY21. Full details of the FY21 CEO compensation will be reported in TVA’s 10-Q filing with the Securities and Exchange Commission, which will be publicly available Friday, Feb. 12.

TVA’s strong performance over the past several years continued into the first three months of fiscal year 2021 as TVA:

TVA’s first-quarter base revenue and net income remained favorable to budget even as revenues were lower than a year ago, in part due to the TVA Pandemic Relief Credit that began in October and returns 2.5% of the base wholesale rate each month to local power companies, their large commercial and industrial customers and TVA directly-served customers. Nearly $49 million was returned in the first quarter, and the credit will continue through the end of FY21.

“Our continued strong financial position and operational performance, even in the face of the ongoing pandemic, allow TVA and our public power partners to focus on supporting the recovery of our communities,” said John Thomas, TVA’s chief financial officer.

In other business, the Board:

The Tennessee Valley Authority is a corporate agency of the United States that provides electricity for business customers and local power distributors serving nearly 10 million people in parts of seven southeastern states. TVA receives no taxpayer funding, deriving virtually all of its revenues from sales of electricity. In addition to operating and investing its revenues in its electric system, TVA provides flood control, navigation and land management for the Tennessee River system and assists local power companies and state and local governments with economic development and job creation. 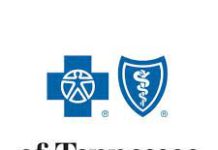 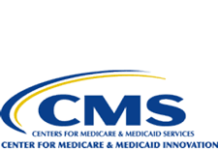 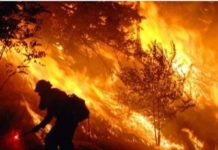