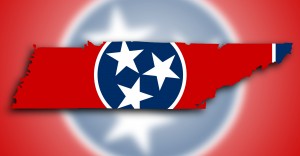 Three states had a decrease in total population. West Virginia had the largest decrease counting 59,278 fewer residents in 2020 than in 2010. Illinois’ population decreased 18,124 and Mississippi’s population dropped by 6,018.

It’s interesting to note that the flyover states of Utah and Idaho increased their populations by the biggest percentage compared to 2010. Utah’s population increased by 18.4%, while Idaho gained 17%.

The new Tennessee population number does not include the 6,057 Tennessee U.S. military and federal civilian employees that are currently living abroad, but they are calculated for apportionment to determine the number of House of Representatives seats that the state is allocated.

Individual county numbers have not been released yet but are expected to be sent to the states in time for redistricting in the early fall.