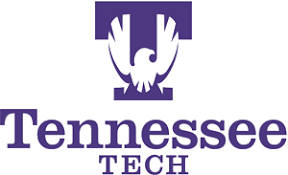 Cookeville –  Center Stage presents composer and musician Kyle Pederson on Oct. 27 at 7 p.m. in Derryberry Auditorium, on the campus of Tennessee Tech University.

Based in Minneapolis, Pederson is a composer, pianist, lyricist and teacher who thrives when working at the intersection of secular and sacred music. Pederson has a Master of Fine Arts in music composition from Vermont College of Fine Arts, a Master’s degree in education from the University of St. Thomas and an undergraduate degree from Augustana University.

After earning his degree in education, Pederson began working as a middle school geography teacher. As fate would have it, Pederson found himself sharing a classroom with a music teacher. He would start writing small songs to help his students learn geography.

After eight years of both singing and teaching, he and his colleague co-founded Learners Edge, a company dedicated to helping educators worldwide. In 2009, Pederson began working on his first album which was released in 2010, and began working on his second album shortly after. Ever since 12.25, his second album, was released in 2012 he has been performing, composing and educating.

In 2019 the multifaceted musician was awarded the American Prize in Choral Composition, then again in 2020 he was awarded the American Choral Directors Association Genesis Prize. His works have been performed, commissioned and recorded by choirs, youth, colleges and churches worldwide. His pieces have been published by Santa Barbra, Walton, Galaxy, Morningstar, Alfred, Carl Ficher and Hal Leonard music publishers.

Admission to Center Stage events is free, unless otherwise noted. The events are paid for by student fees and open to the public with priority seating given to students. Many guests provide additional educational opportunities for students through workshops or master classes during their residencies. Email or call Liz Kassera, center stage coordinator, for more information at lkassera@tentech.edu or (931) 372-3637.