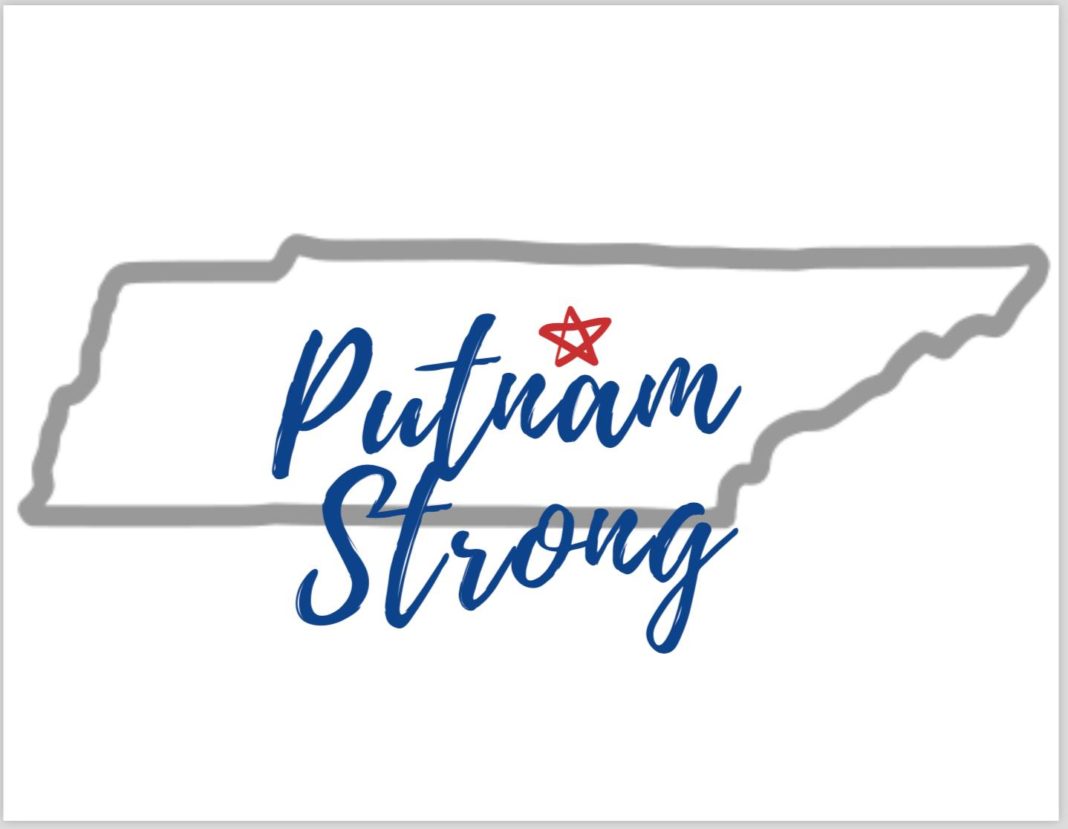 PUTNAM COUNTY – Putnam County and the city of Cookeville will remember the victims and survivors of the March 3 tornado with a series of events next Wednesday.

“We lost 19 neighbors and friends just one year ago in this tragic storm,” Putnam County Mayor Randy Porter said. “It is important that their families and friends know we will not forget them.”

The one-year anniversary will be marked at 1:48 p.m. with the ringing of bells across Putnam County including local churches and the bells at Derryberry Hall on the Tennessee Tech campus. The tornado began its devastating trek through the county at 1:48 a.m. March 3. Bells from Monterey to Baxter will ring 19 times at 1:48 p.m. in memory of those who lost their lives.

Wednesday night, local church leaders from the Highway 70 corridor will come together with city and county leaders for a special memorial service at Double Springs Church of Christ. The program will not be open to the public due to COVID-19 restrictions, but it will be streamed live on the Putnam County Facebook page, the city of Cookeville Facebook page, WCTE Facebook page and on radio.

“The Double Springs community came together in such an amazing way during this storm, and it is important that the community gather at a place that was the center of life during those weeks,” Cookeville Mayor Ricky Shelton said. “The church fed workers, law enforcement, housed people and gathered materials. They were an amazing force.” The service will feature a candle lighting service in honor of the 19 victims of the storm, along with a memorial service.

The county will also dedicate a new park space in the Double Springs community Wednesday morning. Leaders will gather at the site at 10 a.m. Wednesday to officially break ground. The park will be built during the spring and summer. Three homes were destroyed on the land where the park will sit. This is a joint effort between Putnam County, the city of Cookeville and TNGREEN. Donations are being taken for the construction of the park at www.putnamcountytn.gov.

Baxter will also be dedicating a memorial for the children lost in the storm named “Reflection Park” at 11 a.m. on Wednesday.

Cookeville Regional Medical Center will be having a memorial event for all the healthcare workers and first responders involved in the tornado response.

WCTE will be airing its documentary on the Tornado at 7 p.m. Wednesday night hosted by Demetria Kalodimos. There will also be a community conversation at 8 p.m. and virtual town hall at 8:30 p.m. with guests such as mayors Randy Porter and Ricky Shelton along with others.

News Talk 94.1 will air its two-hour special “Home of the Brave” Wednesday at 11:30 a.m., featuring the stories of everyone from dispatchers to sheriff’s deputies to EMS to road crews who served during the tornado.

All the events will be live streamed on Mayor Randy Porter and Mayor Ricky Shelton’s Facebook pages, along with several radio stations and WCTE.