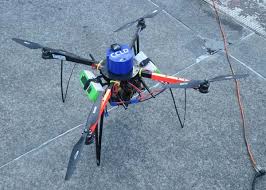 NASHVILLE– The public is reminded of the  policies of the U.S. Army Corps of Engineers Nashville District and Tennessee Valley Authority that govern the operation and use of recreational unmanned aerial systems (UAS or drones) . The Corps of Engineers operates and maintains navigation locks at TVA dams where the TVA drone policy applies.

The Corps of Engineers’ and TVA’s policies governing drones and other unmanned aerial vehicles prohibits public operation of drones over developed public lands, including recreational areas such as campgrounds facilities and structures, and critical infrastructure such as locks, dams, power plants and switch yards. TVA allows public drone operation over undeveloped land and water, while USACE only allows operation in areas designated by the Nashville District commander. The operation of unmanned aircraft that harasses or jeopardizes wildlife, including listed endangered and threatened species or critical habitat is prohibited. Critical habitat includes areas that contain the physical and biological features that are essential to the conservation of a given species or group of species and that may require special management or protection.

Operators will be held liable for damage to public property at TVA and Corps of Engineers lakes resulting from piloting a drone or any other activity associated with operating a UAS, and violations may result in removal from federal property and potential citations.

“A wayward drone crashing in to a generating site or high voltage transmission line could result in a wide spread power outage and equipment damage. That is why it’s so important drone pilots, both licensed and hobbyist need to follow the policies and FAA restrictions,” said David Hill, TVA Aviation Services general manager. “In addition to our generation and transmission sites, certain areas of TVA public lands and waters are off limits to drones including campgrounds and wildlife areas. Those areas can be found on TVA’s website.”

The public can review TVA’s drone policy at https://www.tva.gov/Environment/Environmental-Stewardship/Land-Management/Rules-for-Use-of-TVA-Public-Lands.

Corps of Engineers guidance only permits flying drones at designated locations, where they should be operated in accordance with applicable state laws and Federal Aviation Administration regulations including any UAS registration requirements. They may be flown only during daylight hours only and while maintaining a visual line of sight of the aircraft while it is in operation. Exceptions for operating outside of designated locations must be approved in writing and can be requested by contacting the local lake’s resource manager’s office.

“We understand hobbyists like flying drones and capturing great imagery, but visitors to Corps of Engineers lakes should understand that this guidance exists for public safety reasons and to protect the nation’s critical infrastructure,” said Freddie Bell, U.S. Army Corps of Engineers Nashville District’s chief of Natural Resources Management Section.