WASHINGTON – Among repeat home buyers and home sellers over the last year, a key factor for moving was the desire to live closer to family and friends, while an equally important motivator was the need for more space or a bigger home. Sellers as a whole were able to benefit in these transactions, typically earning their full asking price, and selling in one week.

These driving forces to move as well as further sales figures appear in the National Association of Realtors®’ 2021 Profile of Home Buyers and Sellers,[i] a yearly report – now in its 40th year – that analyses demographics, preferences and experiences of buyers and sellers across America.

“During the pandemic, buyers and sellers have been driven by the desire to be close to family and friends, as well as the need for a larger home,” said Jessica Lautz, Vice President of Demographics and Behavioral Insights at NAR.

Among sellers, as a group they traded up in price, size and newer residences, as 46% purchased a larger home and 28% purchased the same size home.

Relocating to be closer to family had been increasing in recent years, according to Lautz, however, the COVID-19 outbreak accelerated that trend.

In past years, convenience to work and affordability had ranked as top factors for reasons to move.

The 2021 NAR report comprises an entire year of research in which buyers and sellers purchased or sold a home during the COVID-19 pandemic. In addition to various other findings, the pandemic likely spurred occupants to shorten their home stay, as tenure in the home decreased to eight years from 10 years, according to the report. This is the largest single-year change in home tenure since NAR began collecting such data.

In general, buyers said they expected to live in their homes for a median of 12 years, while 18% said that they were never moving. Historically, tenure in the home has been six to seven years but experienced an increase to nine to 10 years following the Great Recession.

“Home sellers have historically moved when something in their lives changed – a new baby, a marriage, a divorce or a new job,” said Lautz. “The pandemic has impacted everyone, and for many this became an impetus to sell and make a housing trade.”

The market over the last year saw homes reach record-high prices, paving the way for sellers to secure maximum profits on transactions and leaving buyers to grapple with historically high housing costs. As a result, home buyers typically bought their homes for 100% of the seller’s asking price, with another 35% purchasing their home for beyond the asking price, according to the report. This 100% median is the highest recorded since 2002. Home sellers reported selling their homes for a median of $85,000 more than their purchase prices, which is a jump from $66,000 last year.

“Buyers moving quickly during the pandemic, coupled with all-time-low inventory, led to a decline in time on market to the shortest ever recorded, which was just one week,” said Lautz. “Only a quarter of home sellers offered incentives to entice potential buyers, down from nearly half of all sellers the year prior.”

On average, buyers said finding a home to purchase took eight weeks, unchanged from last year. Forty-three percent of buyers found virtual tour options to see properties and view listings online to be useful. For a second straight year, buyers reported that just finding the right home to buy continued to be “the most difficult task” for them in the home buying process.

The report found that 41% of recent buyers said they initially looked online for properties as their first step in the process, and another 19% said their first step involved contacting an agent. The majority of buyers and sellers alike eventually turned to a real estate agent or broker to assist in their home transaction. Eighty-seven percent of buyers purchased their residence through an agent or broker, with 7% buying directly from a builder or builder’s agent. Among home sellers, 90% worked with an agent to sell their home, while 7% were for-sale-by-owner sellers, and less than 1% sold via an iBuyer.

Forty-seven percent of buyers said the agent they used was referred by a friend, neighbor or relative, and 13% used an agent that they had already worked with on a past transaction. Seventy-three percent of buyers reported that they needed to interview only one real estate agent during their home search, and a whopping 90% said they would use their agent in the future or recommend the agent to others.

For home sellers, 68% said they became acquainted with their agent via a referral or had used the agent before to buy or sell a home. Eighty-two percent of sellers said they contacted only one agent before finding what they considered to be “the right agent” to sell their property.

Fifty-three percent of sellers used the same agent to both purchase and sell their home, while 89% reported that they would recommend their agent for future residential dealings.

“Realtors® stepped up in a tremendous way during this pandemic – both in helping sellers list and sell properties, as well as in aiding buyers in finding their dream home during a time of such scarce inventory,” said NAR President Charlie Oppler, a Realtor®from Franklin Lakes, N.J., and the CEO of Prominent Properties Sotheby’s International Realty. “We saw so many buyers recommend and refer their Realtors® to family and friends, and witnessed sellers lean on Realtors® and firms that have helped them in the past.”

“As home prices increase, generally first-time buyers are hit hardest because they have no previous home on which to draw equity,” explained Lautz. “Furthermore, in the current environment, these buyers also face soaring rent prices and high student debt balances, which makes it extremely difficult to save for a down payment.”

A notable revelation in the report was the slight decline in married home buyers. This year’s data showed that 60% of recent buyers were married, a share that has fallen from a high of 81% in 1985. However, the share of single women buyers increased to 19% from a recent low of 15% in 2014. The shares of single men and unmarried buyers remained at 9%, respectively.

NAR mailed a 129-question survey in July 2021 using a random sample weighted to be representative of sales on a geographic basis to 129,800 recent home buyers. Respondents had the option to fill out the survey via hard copy or online; the online survey was available in English and Spanish. A total of 5,795 responses were received from primary residence buyers. After accounting for undeliverable questionnaires, the survey had an adjusted response rate of 4.5%. The sample at the 95% confidence level has a confidence interval of plus-or-minus 1.29%.

Recent home buyers had to have purchased a primary residence home between July of 2020 and June of 2021. 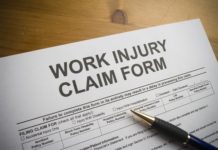 IRS: Giving Tuesday reminder that scammers can use fake charities to get sensitive information 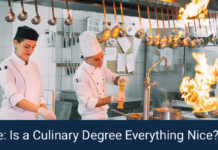