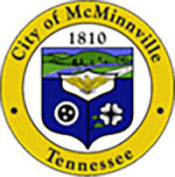 MCMINNVILLE – McMinnville Mayor Ben Newman announced at the recent city council meeting that the city was reopening the application period for the city administrator job. Applications will be accepted through Jan. 31. Applicants who applied and interviewed for the position earlier this year do not have to reapply and will be contacted to see if they are still interested.

According to Warren Nevad, MTAS representative tasked with assisting the city in the application process, there were 22 applicants when the job was advertised previously.  With the resignation of Bill Brock, acting city administrator, the city felt that qualified applicants who didn’t apply previously would now reconsider and apply.

Brock announced his retirement from the city at the Nov. 27 city council meeting.  The 66-year-old began working for the city in 1988 as public works director and has served as interim city administrator since 2014. Brock’s retirement becomes effective Feb. 1, 2019.