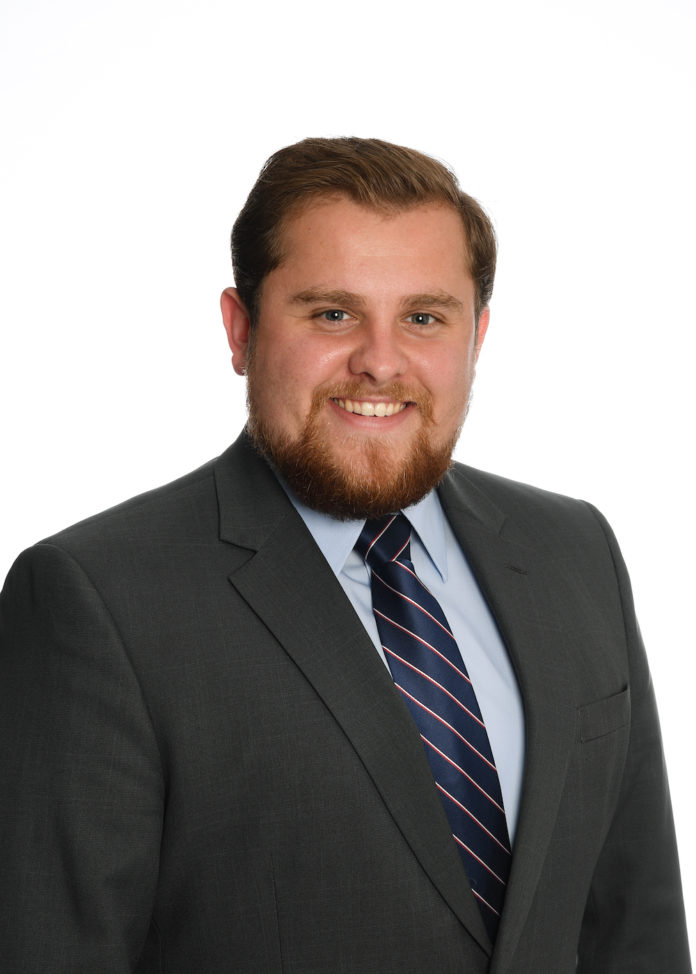 COOKEVILLE – Aaron Thomas Lay has been named the recipient of the 2022 Derryberry Award, the university’s highest student honor.

A native of Madisonville, Lay recently earned a degree in agriculture with a concentration in agricultural communications.

“I’ve had a great experience here at Tech,” said Lay. “I grew up on a farm with a beef and dairy operation in East Tennessee and went through the 4-H program. I have a deep-rooted passion for agriculture and rural development. I kept that in mind when choosing my college, and I ended up showing cows at the Hyder-Burks facility and met Dr. Fennewald. He actively recruited me, and that meant a lot and captured that personal aspect of Tech and all the relationships and connections I have made here.”

Lay was named the recipient of the prestigious Derryberry Award for his scholastic attainment, moral and intellectual integrity, campus participation, good citizenship and leadership.

Dennis Duncan, professor in the school of agriculture who submitted a letter of recommendation for Lay, said “In my 29 years of teaching college courses, I have had very few students at the caliber of Aaron Lay. Intellectually he strives to do his very best, as evident in his grade point average, and the fact he has been on the Dean’s List every semester since 2018.

“In addition to his successful academic endeavors, Aaron has given his gifts and talents to many local, state and national organizations and institutions, and dedicated his time to university-wide service,” continued Duncan. “I have never worked with an undergraduate that has been so heavily involved in university service – this speaks volumes to his dedication to give back to the university that has given him so much over these past four years.”

Lay was a member of countless university groups and committees, most notably serving as the president for the Student Government Association for the past two years. He was also involved in the Block and Bridle Club and Collegiate FFA, as well as serving as both a President’s Ambassador and College of Agriculture and Human Ecology Ambassador.

“I firmly believe that Aaron’s experience, academic record, community and university service, and his strong moral beliefs make him the perfect candidate for the prestigious Derryberry Award,” said Duncan. “As evidenced in his nomination form, Aaron has a diverse portfolio of leadership experiences and service-oriented activities across the Tennessee Tech campus and beyond.”

In his time here, Lay advocated to improve the student experience on campus and has been the student voice in many discussions. He strongly believes that student engagement is a critical component to helping students graduate and achieve success.

Although an agriculture major, Lay also has a passion for political science and pre-law and took a variety of classes, including mock trial and multi-media storytelling. After graduation, he plans to continue to work in service to others at the Upper Cumberland Development District and eventually continue his education at law school and become a practicing attorney.

There was only one other finalist for this year’s Derryberry Award. Emily Nicole Rhoton, a chemical engineering student with a bio-molecular concentration, was also nominated.

The Derryberry Award was established in honor of Everett Derryberry, who served as Tech president for 34 years. He retired in 1974.

This prestigious award is presented to a graduating senior who has exhibited scholastic attainment arising out of moral and intellectual integrity; successful campus activity where participation indicates a commitment to good citizenship, interest in one’s fellow person, and instincts for leadership; and physical vigor as shown by fondness for and success in sports – all of which demonstrate potential for future service and effective leadership in American society.

For more information on the award and to see past winners, visit https://www.tntech.edu/president/derryberryaward.php.