NASHVILLE – Judge Amy V. Hollars of Livingston was recently installed as the 40th chair of the Tennessee Bar Foundation at its annual membership meeting. She will serve in that capacity until 2022.

Hollars has been a judge since October 2008, when she was selected by then Gov. Phil Bredesen as special circuit court judge for the Thirteenth Judicial District after Judge John A. Turnbull submitted a notice of physical disability. Tennessee law provides a process for the appointment of a special temporary judge in the event sickness or disability prevents a state judge from carrying out his or her duties.

Hollars previously served as a solo practitioner in Overton County as well as attorney for the city of Livingston from October 2007 through October 2008. She is a former partner in the Knoxville firm Hodges, Doughty and Carson. 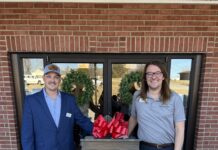