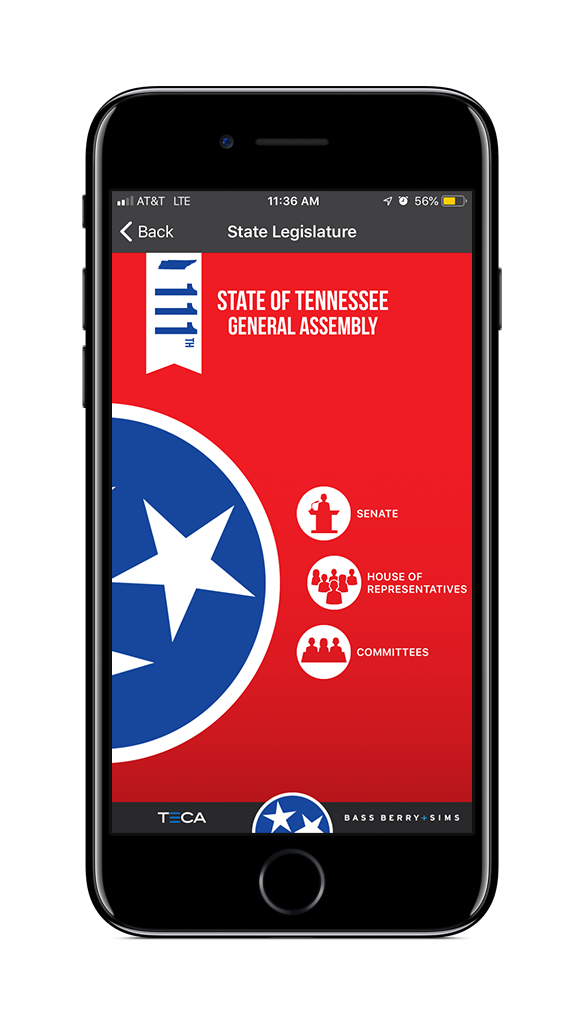 NASHVILLE – Tennessee lawmakers returned to Nashville on Jan. 8 for the 111th Tennessee General Assembly. During the four to five-month session, they will consider legislation that can have an impact on Tennessee families and businesses. That makes it important to stay informed and, at times, reach out to your elected officials. Tennesseans interested in government and politics now have a powerful tool for connecting with lawmakers.

The 111th Tennessee General Assembly app features a continually updated, searchable database of contact, staff and committee information as well as district maps, photos, leadership roles and social media profiles for members of the Tennessee House and Senate. The app also contains information on the governor and his cabinet and the Tennessee congressional delegation.

The app was developed through a partnership between the Tennessee Electric Cooperative Association and Bass, Berry & Sims PLC. TECA has published an annual directory of the General Assembly for more than 50 years. “Each year, we collect lots of information on legislators, and we want that to be available to as many people as possible,” says David Callis, executive vice president and general manager of the Tennessee Electric Cooperative Association. “The app makes it easier than ever to connect with your elected representatives.”

The free app is available for iPhone, iPad and Android devices and can be found by searching for “Tennessee General Assembly” in the Apple App Store or Google PLAY Marketplace.