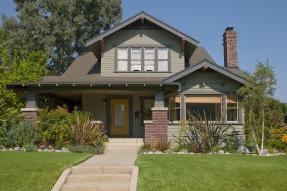 WASHINGTON – Existing-home sales rebounded at a record pace in June, showing strong signs of a market turnaround after three straight months of sales declines caused by the ongoing pandemic, according to the National Association of Realtors. Each of the four major regions achieved month-over-month growth, with the West experiencing the greatest sales recovery.

Total existing-home sales,1 https://www.nar.realtor/existing-home-sales, completed transactions that include single-family homes, townhomes, condominiums and co-ops, jumped 20.7% from May to a seasonally-adjusted annual rate of 4.72 million in June. Sales overall, however, dipped year-over-year, down 11.3% from a year ago (5.32 million in June 2019).

“The sales recovery is strong, as buyers were eager to purchase homes and properties that they had been eyeing during the shutdown,” said Lawrence Yun, NAR’s chief economist. “This revitalization looks to be sustainable for many months ahead as long as mortgage rates remain low and job gains continue.”

Yun explains that significantly low inventory was a problem even before the pandemic and says such circumstances can lead to inflated costs.

“Home prices rose during the lockdown and could rise even further due to heavy buyer competition and a significant shortage of supply.”

Yun’s concerns are underscored in NAR’s recently released 2020 Member Profile, in which Realtors® point to low inventory as being one of the top hindrances for potential buyers.

Distressed sales5 – foreclosures and short sales – represented 3% of sales in June, about even with May but up from 2% in June 2019.

“It’s inspiring to see Realtors® absorb the shock and unprecedented challenges of the virus-induced shutdowns and bounce back in this manner,” said NAR President Vince Malta, broker at Malta & Co., Inc., in San Francisco, Calif. “NAR and our 1.4 million members will continue to tirelessly work to facilitate our nation’s economic recovery as we all adjust to this new normal.”

“Homebuyers considering a move to the suburbs is a growing possibility after a decade of urban downtown revival,” Yun said. “Greater work-from-home options and flexibility will likely remain beyond the virus and any forthcoming vaccine.”

In a complete reversal of the month prior, sales for June increased in every region. Median home prices grew in each of the four major regions from one year ago.

1 Existing-home sales, which include single-family, townhomes, condominiums and co-ops, are based on transaction closings from Multiple Listing Services. Changes in sales trends outside of MLSs are not captured in the monthly series. NAR rebenchmarks home sales periodically using other sources to assess overall home sales trends, including sales not reported by MLSs.

2 The median price is where half sold for more and half sold for less; medians are more typical of market conditions than average prices, which are skewed higher by a relatively small share of upper-end transactions. The only valid comparisons for median prices are with the same period a year earlier due to seasonality in buying patterns. Month-to-month comparisons do not compensate for seasonal changes, especially for the timing of family buying patterns. Changes in the composition of sales can distort median price data. Year-ago median and mean prices sometimes are revised in an automated process if additional data is received.

4 Survey results represent owner-occupants and differ from separately reported monthly findings from NAR’s Realtors® Confidence Index, which include all types of buyers. Investors are under-represented in the annual study because survey questionnaires are mailed to the addresses of the property purchased and generally are not returned by absentee owners. Results include both new and existing homes.

5 Distressed sales (foreclosures and short sales), days on market, first-time buyers, all-cash transactions and investors are from a monthly survey for the NAR’s Realtors® Confidence Index, posted at nar.realtor.