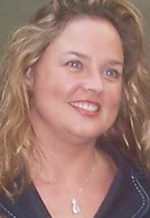 PALL MALL – Her work has taken her all across the nation but for Debbie York, Executive Director of the Sgt. York Patriotic Foundation, there’s no place like her Pall Mall home. The quaint valley community is the birthplace of WWI hero Sgt. Alvin C. York, the namesake of the organization York leads and her great-grandfather. York holds several degrees and has more than two decades of experience working in the public domain. These days, York is right at home, literally and figuratively, championing to ensure her great-grandfather’s legacy lives on.

Describe your first paying job.
I had several part time and summer jobs in high school and college along with two internships but my first full-time paying job was as a child life specialist in San Diego, Calif. at Children’s Hospital.

What did you originally want to be when you grew up?
An Astronaut! My father was a career military intelligence officer for the U.S. Army. Despite being an army brat, I spent most of my childhood in Huntsville, Ala., near Redstone Arsenal and the Space and Rocket Center. Living in and around the space program inspired me to go to space! I found it a bonus that they sent monkeys into space and that the astronauts got to drink Tang and eat freeze dried ice cream. I love animals and was really good at eating ice cream and drinking Tang, so I thought I was a shoo-in for the job!

Use one word to describe yourself.
Enthusiastic!

What are some of the biggest challenges for the Sgt. York Patriotic Foundation at the moment?
The Sgt. York Center for Peace and Valor in Jamestown is our largest and most important project. As a small non-profit with a large mission, it will be the successful completion of the Center for Peace and Valor that will define the legacy we hope to leave for the future. Returning home from Europe following WWI, my great-grandfather devoted the entirety of his life to achieving a system of education for the boys and girls of the Upper Cumberland. The school he built in 1925, with his own hands and the money he raised, stands today as a testament of his selfless service and his unwavering commitment to leave the world better than he found it. We are refurbishing the historic building that once housed York Agricultural Institute, to create the Sgt. York Center for Peace and Valor. It will be a place built on the principles of the Medal of Honor: Courage, Sacrifice, Patriotism, Citizenship, Integrity, and Commitment. Above all it will serve to propagate Peace among all people. The Center will provide a space for higher education, leadership training, conflict resolution, community events, symposiums, performing arts and cultural events, as well as a veteran’s museum and services. It will represent what one man hoped to give the world – an opportunity to be made better by those who are provided the opportunity to make it so. This building, this project, is our opportunity to do the same, and we are seeking support to make that happen.

What about your career are you most passionate about?
People. I believe in the idea of inspiring people toward positivity, to establish working relationships toward the betterment of community and people’s personal lives. Bringing others together, and helping them toward making positive contribution to others is what has motivated me throughout my life. I guess it makes me an idealist. But, I believe, like my great-grandfather, that the world can be made better by people given an opportunity to make it better.

What’s your favorite place outside the office?
I love being home in Pall Mall, in the Valley of the Three Forks of the Wolf River. There is no better place in this world than kayaking the Wolf River with my husband while our three big goofy dogs swim alongside us.

What civic activities are you involved with?
Rotary Club, Fentress County Chamber of Commerce Board of Directors, Tennessee Preservation Trust Board, Tennessee Great War Commissioner, Planning Commissioner for Fentress County, Church, and lastly, though I’m not sure this counts, but serving as the primary caregiver to my 94-year-old grandfather, George Edward Buxton York (oldest living child of Sgt. York and Ms. Gracie).

What’s something that would surprise people about you?
Well, people who know me would probably say that I am gregarious, goofy and entertaining. Though I have been called a klutz and danger-prone, I consider myself just a little distracted sometimes. I have inherited a flare for entertaining from my grandfather, George Edward, who has often said had he not become a Nazarene Preacher he would probably have been an entertainer on Printer’s Alley! What most people do not know about me is that for several years I provided psychological support and training as the subject matter expert for a government contractor in Washington, D.C. on behalf of the US Government and Department of Defense in the area of Intelligence Collection and Support.

What do you wish you had known before you started your business/career?
Absolutely nothing. I like the challenge of the unknown, entering into something new and having to learn about it and experience the ups and downs and life lessons along the way. I love helping others, and I look forward to each day as a means to fulfill my life’s mission. My hope is that through our work, we are able to promote peace, patriotism and respect through our efforts.