Wellness plans have become increasingly popular and as such they have increasingly become the focus of several governmental agencies regarding compliance issues. Wellness programs often involve collection of employee medical information which falls under the purview of the Americans with Disabilities Act (ADA) and the Genetic Information Non-discrimination Act (GINA). Therefore, the Equal Employment Opportunity Commission (EEOC), (which oversees enforcement of the ADA and GINA), has some authority regarding wellness plan compliance.

In October 2016, the American Association of Retired Persons (AARP) filed suit in the United States District Court for the District of Columbia against the EEOC, alleging that portions of the Final Regulations violated the ADA and the GINA. In addition, the AARP’s Complaint asked the Court to vacate portions of the Final Regulations and to issue a preliminary injunction to stay the applicability date of Jan. 1, 2017 until resolution of the pending case.

Without getting too deep into the weeds on this very complex case and subject matter, in December 2016, the District Court denied AARP’s motion for a preliminary injunction and the Final Regulations became applicable on Jan. 1, 2017. In March 2017, the EEOC filed a Motion to Dismiss (alleging lack of standing) or in the Alternative for Summary Judgment. Shortly thereafter, the AARP filed a Response in Opposition to the EEOC’s Motions and a Cross Motion for Summary Judgment. In an Order issued on Aug. 22, 2017, the District Court found the AARP has associational standing on behalf of its members and the Court then turned to consideration of the competing Motions for Summary Judgment. But first, a little background…

Readers will recall that wellness plans offered as part of a group health plan are regulated in part by the Health Insurance Portability and Accountability Act (HIPAA) and the Affordable Care Act (ACA), which permit a covered entity to offer a participant premium discounts or rebates on copayments and/or deductibles in return for the participant’s compliance with a wellness program. 29 U.S.C. Section 1182(b)(2)(B); 26 U.S.C. Section 9802(b); 42 U.S.C. Section 300gg-4(b). A full discussion of the applicable laws and regulations regarding incentive limits and wellness plan compliance is beyond the scope of this article; however, very generally, the ACA allows up to 30 percent of the cost of coverage as an incentive for the employee’s participation in a health-contingent wellness program. (Note: smoking cessation and tobacco-related plans may be permitted to offer incentives up to 50 percent of the cost of self-only coverage, depending on the nature of incentive; however, this is not at issue in the AARP v. EEOC case.)

Wellness plans, like their human participants, come in a variety of shapes and sizes. For example, a “health-contingent, outcome based wellness program” requires an individual to satisfy a standard related to a health factor in order to obtain a reward. In contrast, a “participatory only wellness program” may either not provide a reward or not include any conditions for obtaining a reward based on an individual satisfying a standard that is related to a health factor. In addition, wellness programs may (but are not required to) be related to a group health plan either by limiting the program only to health plan participants, or relating the reward to the health plan, such as a premium incentive for participation. There are some, but very few restrictions on participation-only programs; for example, such programs must be made available to all similarly situated individuals. In contrast, health-contingent wellness programs are more regulated, and, for example, must comply with the non-discrimination guidelines under applicable regulations. The more it is tied to a group health plan and to a particular health-related outcome, the more a wellness program will be subject to regulation. Sponsors of wellness programs should review the terms with legal counsel to ensure compliance with the applicable statutes and regulations, as well as assessment of whether incentives offered may be taxable.

Both the ADA [42 U.S.C. §12112(d)(4)(B)] and the GINA [42 U.S.C. §2000ff-1(b)] limit the ability of employers to obtain medical and/or genetic information and restrict the employer’s use of such information, but both allow the collection of such information when it is part of an employee health program, benefit plan, or wellness program and (along with other requirements) that the employee’s participation in the program is “voluntary” – but neither statute defines the term “voluntary.”

In the Final Regulations, the EEOC addressed the permissible amount of the incentive employers could use to encourage employees to participate in a wellness program, concluding that a financial penalty or incentive could not exceed 30 percent of the cost of self-only coverage in order for the plan to be considered “voluntary.” Specifically, the Final Regulations under the ADA provide that an employer’s use of incentives … in employee wellness programs whether in the form of a reward or penalty, will not render the program involuntary if the maximum allowable incentive available under the program … does not exceed … 30 percent of the total cost of self-only coverage. 29 C.F.R. §1630.14 (d)(3). The Final Regulations under GINA also adopted the 30 percent maximum inducement for the employee’s spouse to provide information about current or past health status.

The incentive level is only one part of the voluntariness requirement. Among other requirements, the EEOC makes clear that wellness programs must be “reasonably designed to promote health or prevent disease” and if the program exists merely “to shift costs from an employer to employees based on their health” it will not be considered to be reasonably designed.

In its Motion for Summary Judgment, the AARP argued the EEOC failed to explain (1) its departure from previous EEOC policy regarding incentives, (2) its choice of the 30 percent incentive level, and (3) its exemption of spousal medical history from GINA’s protections. The AARP alleged the 30 percent level is inconsistent with the term “voluntary” as used in the ADA and GINA because employees will be forced to participate in order to avoid the 30 percent penalty and, thus, forced to disclose their protected information when they might otherwise choose not to do so. The AARP also asserted that the penalties/incentives would take a “particularly heavy toll” on older workers, who are more likely to have less-visible disabilities and thus are at risk of exposure to discrimination through non-job-related medical inquiries and exams. In response, the EEOC contended that the 30 percent incentive level (1) was used to “harmonize its regulations with HIPAA,” (2) is consistent with “current insurance rates,” and (3) is based on comment letters submitted to the proposed regulations.

In its Order and 36-page Memorandum Opinion issued on Aug. 22, 2017, the Court thoroughly analyzed but ultimately rejected all of the EEOC’s arguments, concluding that the agencies’ decisions in the Final Regulations were “arbitrary and capricious,” in that the EEOC had failed to provide a “reasoned explanation” for those decisions. The Court did not vacate the Final Regulations in order to avoid “disruptive consequences,” but remanded the Final Regulations to the EEOC for reconsideration. The Court further ordered the EEOC to file a status report regarding its review by Sept. 21, 2017.

On Aug. 30, 2017, the AARP filed a Rule 59(e) Motion to Alter or Amend the Order, which included a request that the Court reconsider its decision against vacating the Final Regulations. On September 11, the EEOC filed a response to the AARP’s Rule 59(e) Motion, arguing that the Final Regulations were relied upon in design of 2018 health plans so that “to pull the rug out … at this late date would be manifestly unfair.” As of the submission of this article to print, the Court has not ruled on AARP’s Rule 59(e) Motion.

Despite the Court’s August 22 ruling, at present, the Final Regulations are still applicable. However, wellness plan sponsors are advised to stay tuned because of the potential for developments as a result of the Court’s August 22 decision. In the future days, we will be assessing (a) the Court’s decision on the AARP’s pending Rule 59(e) Motion, (b) the EEOC’s status and schedule report to be submitted by Sept. 21, 2017; (c) the results of the EEOC’s reconsideration of its Final Regulations, pursuant to the Court’s remanding of those Regulations to the agency; and (d) of course, whether the EEOC decides to appeal the August 22 decision. (U.S.D.C., Dist. Columbia, 1:16-cv-02113; AARP v. EEOC). 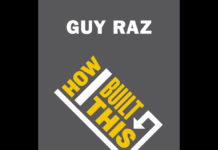 BOOK REVIEW: ‘How I Built This’

Riot Games – lessons from a corporate culture of harassment