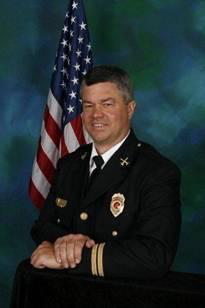 Elliott, who has over 30 years of public service with state and local government, has served since 2012 as TFACA’s fire service program director where he planned, directed, and coordinated the activities of state fire academy personnel. During Elliott’s tenure as TFACA program director, the number of classes and student contact hours increased to record levels. In 2018, over 14,000 students enrolled either in-person or online in TFACA’s courses and over 1,000 courses were conducted.

“Jeff’s expertise, leadership, and knowledge of all aspects of fire safety and training make him a natural fit as the academy’s executive director,” said State Fire Marshal and Tennessee Department of Commerce & Insurance Commissioner Hodgen Mainda.  “As TFACA’s executive director, I challenge Jeff to ensure that the academy continues to fully prepare students for the ever-changing firefighting scenarios they may face in both urban and rural environments.”

Before serving as TFACA’s program director, Elliott was an officer in the city of Franklin’s fire department from 2002-2010 where he was promoted to captain and served as training officer. He was the recipient of the Franklin Fire Department’s Staff Officer of the Year Award in 2006.

“Serving in the Tennessee fire service has been a lifelong passion, and I’m honored and grateful to continue that service in my new role as TFACA executive director,” said Elliott.

Elliott is a graduate of Volunteer State Community College. He is a resident of Christiana.