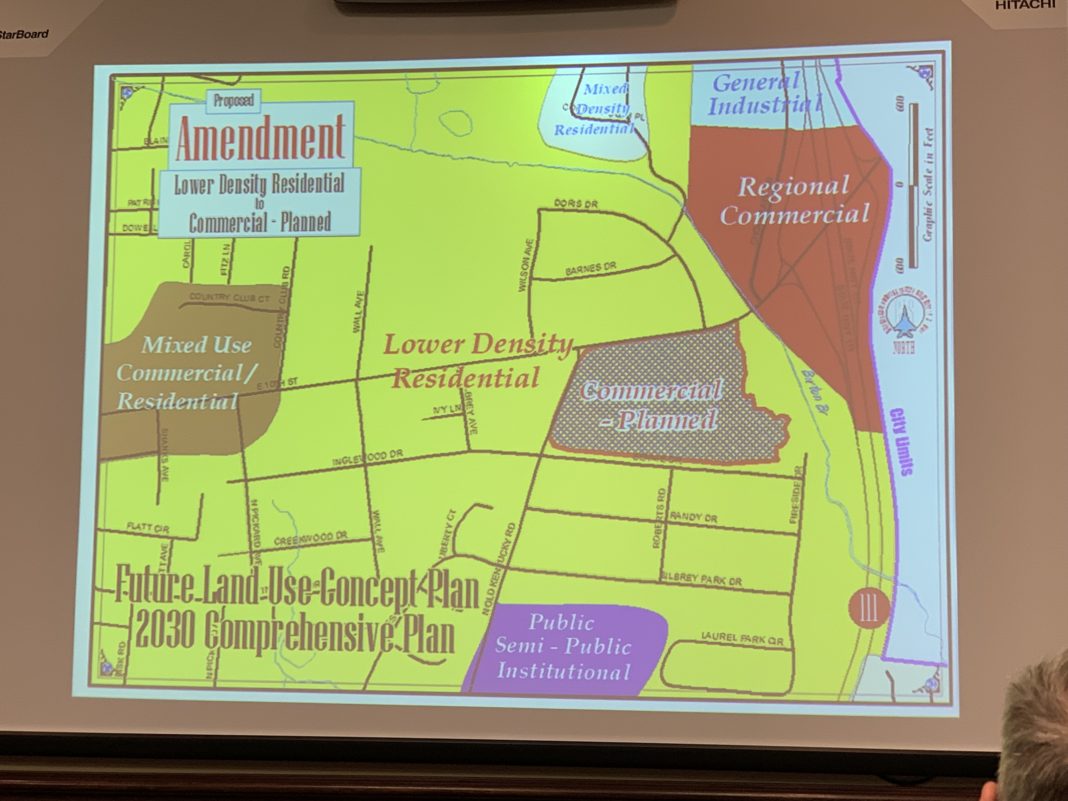 Both proposed ordinances, following amendments, were passed unanimously. Mayor Ricky Shelton was absent due to a recent fall that resulted in a leg surgery.

The first item was to update the Cookeville 2030 Plan to depict an area located along East 10th St. from Highway 111 to Old Kentucky Road as being appropriate for commercial development.

The second issue was to approve a zoning change from RS-10 residential to PCD (planned commercial development) to pave the way for the new development on East 10th St. at Highway 111.

Both issues were presented as ordinances and require approval on two readings, with a public hearing on the first reading.

In discussion on the Cookeville 2030 Plan change, Cookeville Planning Director James Mills reviewed the proposed change and recommended that 11 acres containing a flood plain within the area of interest be excluded from any change and remain RS-10 residential. Keeping the flood plain as is would limit future development there because of the requirements of constructing new residential housing in flood plains.

Several area residents expressed concern about a multitude of issues such as possible decreasing property values, increased traffic, and storm water drainage problems. Issues with the ongoing 10thSt. traffic situation were the major point of discussion. After an hour of public comments and questions, the public hearing concluded.

After discussion, the council amended the ordinance to remove the flood plain area from plan. The amended ordinance passed first reading with a vote of 4-0. 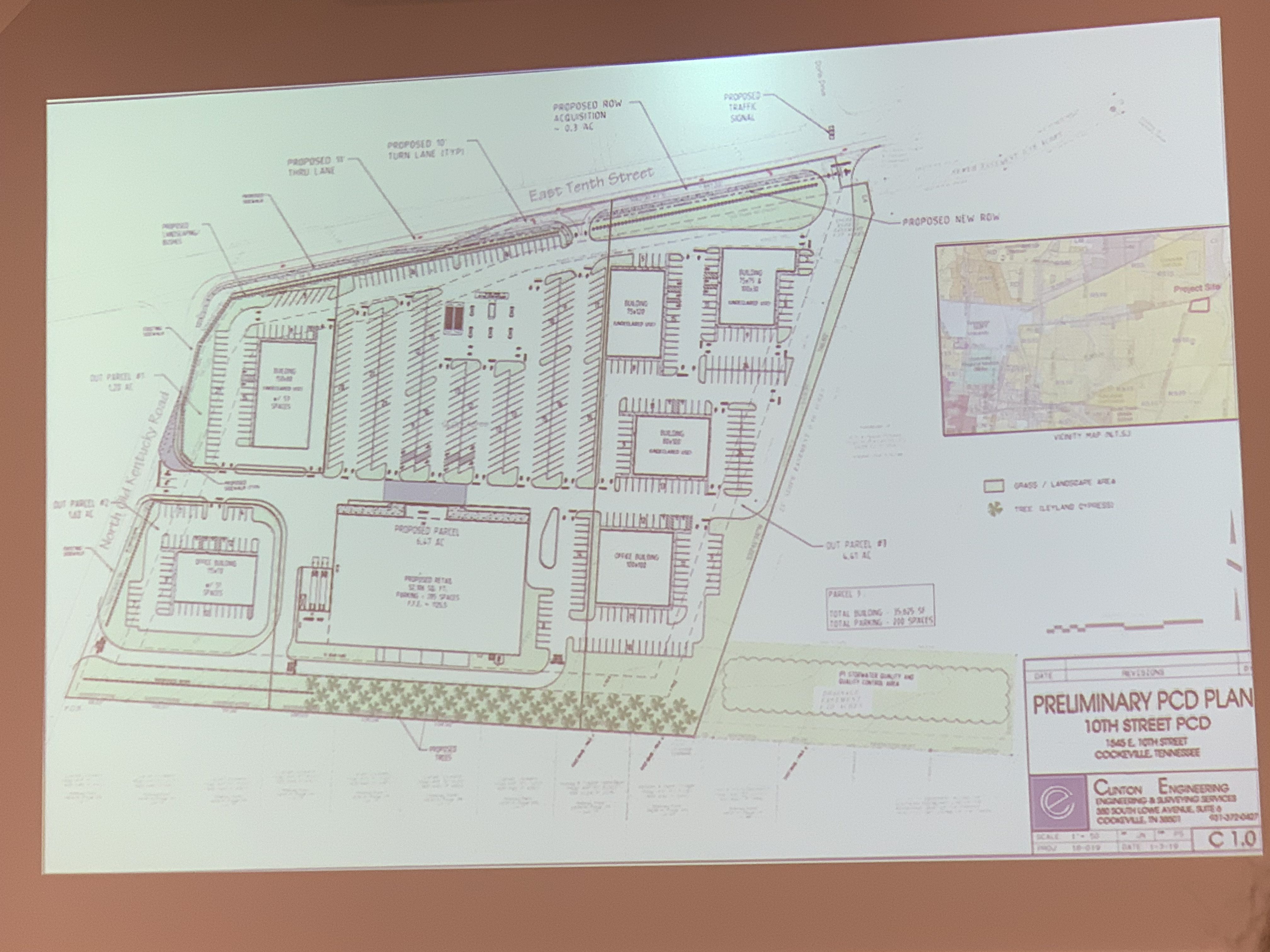 Mills then explained the next item rezoning a portion of 1545 E. 10thSt. to PCD. Detailed drawings of the proposed project were displayed while Mills reviewed each part of the proposal which included expanding East 10th to five lanes from Old Kentucky Rd to Hwy 111 with curbs, gutters and sidewalks on both sides of the street, a new traffic light at Dorris Drive, a 52,106 sq. ft. supermarket, and six other structures that contain 37,625 sq. ft.

The public hearing on this issue echoed many of the same concerns as the first public hearing. Residents expressed concern about traffic on Old Kentucky Road and people already using Jamestown Road as a cut-through to avoid traffic surrounding Northeast Elementary. The impact the project would have on the school and children who walk to school was another major topic.

One resident stated that the reason he chose to retire to Cookeville was that it had such a strong network of neighborhoods.  The commercial properties were kept in certain areas and there were a lot of older, defined residential neighborhoods that were protected by zoning.

Judge David Patterson lives in the area affected. He reflected on this project having an impact on people looking to retire here.

“This is a community built on residences,” Patterson stated. “You have other areas that are much more appropriate for this type of a build. No one here is saying to you that we believe Cookeville should stop growing. Cookeville is going to grow. What we are asking is that the beauty of Cookeville and the residences and the neighborhoods would remain residential and remain neighborhoods.”

Councilman Mark Miller proposed amendments, as conditions for project approval, to require fencing between the Bilbrey Park subdivision and the southern boundary of the development as well as fencing around the proposed water retention pond, a noise barrier with trees, monument-style signage, cost-sharing between the developer and the city for improvements to 10th Street, restricted use of the property to prevent night clubs and tattoo parlors, dark sky lighting, and the restriction of truck delivery times to prevent deliveries between the hours of 11 p.m. and 7 a.m.

Councilman Chuck Womack proposed an amendment asking the developer to explore the use of pervious concrete or pavers for storm water mitigation.

The amended ordinance passed on first reading by a 4-0 vote.

Councilman Eric Walker serves as the council’s representative on the planning commission and has been studying this proposal since October.

“Ultimately, I’m trying to do what’s best for the people of Cookeville,” explained Walker after the public meeting. “I think that if we can address the concerns of any property owner or anybody living here in Cookeville, who ultimately has a problem with something – if we can address those concerns – then there is no reason that we shouldn’t move forward.”

Both ordinances require approval on second reading before becoming final. The second reading will be at the Jan. 17 Cookeville City Council meeting. By rule, no additional public comment periods will take place prior to the vote on each second reading.

“Nothing’s final for me until the second reading when I push the green button,” added Walker. “My heart’s got to be in it, so I’m sure there will be more discussion by the council, there will be another work session on it. And there’s a lot to learn between now and then and a lot to figure out.” 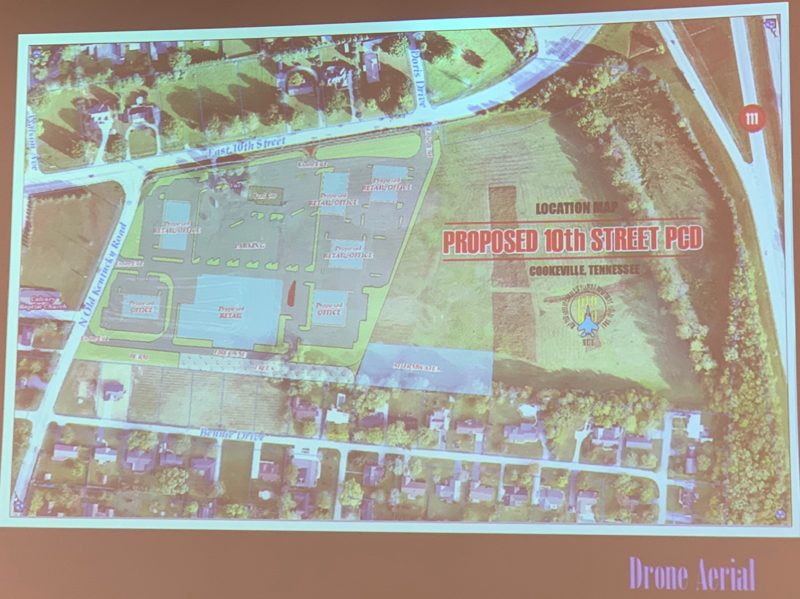