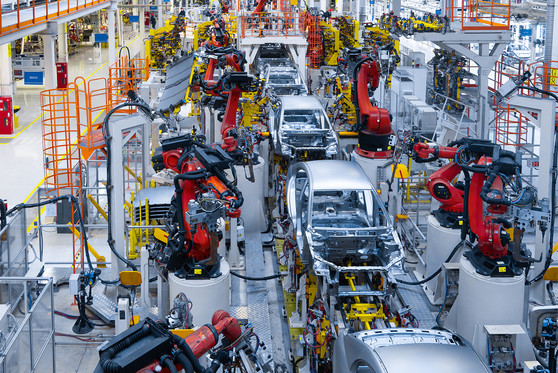 WASHINGTON – In an era when everyone is looking for the next big thing, innovation is key to staying current. Businesses know they have to constantly improve to stay on top.

So, what can they do to keep their competitive edge?

Depending on the industry, one way is to modernize equipment and refresh structures, such as plants or office buildings, and that requires investment.

The survey allows businesses to measure their infrastructure improvements in comparison to their industry. It’s a way for them to know if they’re investing enough to remain competitive.

For companies with employees, overall capital expenditures for structures and equipment increased 6.4%, from 2018 to $108.7 billion in 2019.

The Finance and insurance, Utilities, and Transportation and Warehousing sectors accounted for 27.4% of total spending in 2019. Investments for structures and equipment in these sectors increased 10.8%, 9.5%, and 7.1%, respectively.

The 2019 ACES shows that innovation for many companies means spending more on new structures and equipment.

Updating operating systems and application software is another way to innovate.

According to the 2019 ACES, companies spent more to develop their own software than to purchase prepackaged and vendor customized products.

For the first time, the ACES began collecting data on robotic equipment expenditures in 2018. This component will now be a part of annual survey releases.

The new expenditures question provides a measure of industries using robotic equipment where data is available — primarily at the 2-digit level of the North American Industry Classification System (NAICS) sector. Select industries are available at the 3- and 4-digit levels.

The 2019 robotic equipment expenditures are set to be released next month as an Experimental Data Product. They will become a part of the annual report starting with the 2020 ACES.

The data already show that the manufacturing of motor vehicle body, trailer and parts represents a large share of the total robotic expenditures. The ACES shows expenditures for robotics equipment and capital spending by U.S. nonfarm businesses with and without employees.