SPARTA – Eddie Pack has been in business 18 years. But in 2016 – a year in which, at least when compared to recent history, building has never looked better – that could all come to an end.

It’s the workers, he says, or, more specifically, the lack thereof, that has him considering closing down. His Sparta-based commercial roofing firm, E.S. Construction, can’t find enough qualified folks to continue. And for others in the construction industry, it seems to be the biggest threat in existence today.

A labor shortage means new builds, like residential homes, are taking longer to complete –a couple months or more – and are costlier. Some contractors are trucking in workers from outside the region – even out of state – to meet the demand. Some are advertising “everywhere” for jobs that pay way above minimal wage. The regional trade association is dipping into high schools to spread the word.

“I don’t know if there is a solution,” said Pack. He says there’s a lack of will to work. Many others left the industry during the Great Recession and housing bust to pursue work elsewhere, never to return, stretching the current labor pool thin.

“We’re giving too much away,” he added. “It doesn’t matter what you pay them – whether it’s 8 bucks or 18 bucks – they’re just not going to show up to work. I’ve considered closing down, just because you can’t get help. You beat yourself to death, and you can’t fulfill a contract in a timely manner. What choice do you have?”

Tim McReynolds, owner of McReynolds Builders, a Cookeville firm that specializes in residential construction, has two homes in progress, one in Hickory Flats and the other at 10th and Mitchell. He was stalled for more than two weeks on the former, waiting for sheetrock hangers. A normal new build takes six to nine months to complete, but, considering delays these days, add two months – at least – to that schedule

“It just seems like it’s getting worse and worse,” McReynolds said. “It’s frustrating. Just (waiting on) one sub throws me weeks behind.

“When it was slow, subcontractors were calling me (saying), ‘please, let me do your house, I’ll do it for $5 a board less,’ or ‘I’ll do it $1,000 cheaper.’ Now that they’re in demand, they’re charging whatever they want,” he added. “Young people coming out of high school, they don’t want to do it because it’s hard work, but if they did, if they could pick up a trade like hanging sheetrock, they could make a fortune. A lot of the subs working for me make a lot more than I do. And I’m building a whole house. It’s pretty crazy.”

According to the National Association of Home Builders, 60 percent of members surveyed experienced delays in completing projects, 18 percent had to turn projects down and 9 percent lost or cancelled sales because they had too few workers. Delays and production logjams hurt the housing recovery, Melanie Chadwell, head of the Home Builders Association of the Upper Cumberland (HBAUC), said, increasing building cost and making housing more expensive for consumers.

But, it’s also an “ample opportunity” for young students willing to learn the trade, she said. As a group, the HBAUC gives money to five different high school programs in the region to promote trades classes and more. It’s also had an endowment at Nashville State Community College in the past.

“It is a big deal,” she said. “If kids are willing to work hard, you can have a really good career.”

“Construction has been mostly an on-the-job-training type of endeavor, where a person comes in at the lowest level and acquires skills by watching and doing. That’s been the pattern of the past, but construction is so much more complicated and so much more sophisticated.”

While a construction-related degree at the Cookeville Higher Education Campus, formerly Nashville State, may be phased away – architectural, civil and construction engineering technology, due to lack of interest – officials at Volunteer State Community College in Livingston are considering adding a new construction management program at the Overton County-based campus.

President Jerry Faulkner said he and TCAT Livingston Director Dr. Myra West met with several industry folks about the shortage in December – and got the message loud and clear. 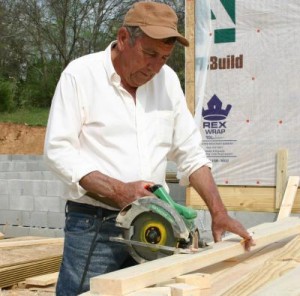 “Construction has been mostly an on-the-job-training type of endeavor, where a person comes in at the lowest level and acquires skills by watching and doing,” Faulkner said. “That’s been the pattern of the past, but construction is so much more complicated and so much more sophisticated. Folks need employees with a skill set that goes beyond just the building trades.

“They need people who are capable of being supervisors and/or project managers. They need people who are well schooled in the appropriate codes and appropriate OSHA safety measures. They need folks with technical skills, some compute skills, to be able to use software designed to help estimate the cost of a job, plan for materials, project scheduling. And they need people who can read and interpret blueprints, pretty complex blueprints in some cases, if you’re talking about commercial building. So those are the kinds of thing we’re looking to integrate into a construction management program.”

Vol State officials are early in the research process – there’s very few such programs, Faulkner said, at community colleges in Tennessee – and implementation would require Tennessee Board of Regents approval, so it could be at least a year before there’s a construction management curriculum in place.

“I’m a big proponent, if you don’t have to reinvent the wheel, than save yourself the time and effort,” Faulkner said. “Once we complete the research phase, we’ll want to bring back what we’ve learned to the contractors and home builders in the Upper Cumberland and get their feedback.”

While a labor shortage is not unique to the construction – Faulker said other areas like computer information technology, industrial maintenance and megatronics also need workers, it’s just another area where a workforce needs more sophisticated skills.

“I think the key is to appeal to those persons who are good at working with their hands and that are good at problem solving, and put them in a position where they can have pride in what it is they do,” he said, “a pride in workmanship and what they can accomplish.”