Last week, in a 4-to-1 vote, the much-disputed proposed rezoning that would open the doors for the construction of a student-focused housing development passed second and final reading by the Cookeville City Council.

Earlier this month, I sat in the packed council chambers as residents of the Mount Vernon community took to the podiums to speak for or against a requested rezoning measure that would shift a nearby vacant lot from RS-10, single-family residential, to PRD – a restrictive type of zoning – as requested by the property’s owners.

As each member of the audience took their three minutes to address the council, I watched as council members listened to each concern and comment – nearly two dozen in all. One audience member cautioned that the way council members voted on the measure would be “telling” of them as individuals.

Mayor Ricky Shelton later noted that it was the responsibility of the council members to represent their constituents and look at issues objectively.

I, for one, cannot imagine the seemingly impossible task of trying to strike a balance in an instance such as this. No matter how you look at it, someone loses. But it’s not the first time the council has been met with opposition. Years ago, I sat in that same room as folks voiced their concerns about the construction of the Highlands Business Park, the Fifth Interchange, and annexation. These were controversial topics at the time but causes and decisions that have helped Cookeville and Putnam County secure some pretty big fish in its industrial/manufacturing pool.

It’s important to remember that the item being voted on recently wasn’t to approve the development of a student-focused residential housing; rather, to rezone the property for this planned development as PRD – a rather restrictive zoning code that requires the developer to provide plans and details up front. The last PRD rezoning, approved a few years back, fizzled out after developers didn’t submit the required paperwork by the deadline established by the PRD rules.

I know what you’re going to say: “But, there are plenty of other student housing developments already.” Maybe so. In the days leading up to the council’s final vote on the rezoning measure, the owners of Eagles Landing and Campus Edge – both student-focused housing developments located here in Cookeville – submitted letters to the city council stating they were each experiencing less-than-stellar occupancy numbers. Eagles Landing, which opened in 2006, claims a 79 percent occupancy rate while Campus Edge, which was still under construction at the beginning of the Fall 2017 semester, says their rate is currently at 49 percent.

Plenty of folks have vocalized their concern regarding the number of traditional apartments – not just student-focused developments – popping up across Cookeville and Putnam County. It’s difficult to ignore the fact that the area, as a whole, is growing. According to the Census Bureau, the owner-occupied rate for Putnam County, from 2012 to 2016, was 61.8 percent; meaning that roughly 38 percent rent or have some other housing arrangement.

Some months back, I spoke with Melanie Chadwell with the local Home Builders Association, and the subject of the recent local apartment construction boom came up. During our discussion, she pointed out that it isn’t just young people looking to rent. Many families and seniors, who are tired of or are unable to handle weekend honey-do lists are opting to rent and let someone else handle the maintenance. Another point to consider: out of the number of available apartments in Cookeville, those on the market may not be convenient in terms of price, layout, location, or amenities. A quick search on Realtor.com reveals there are currently only 40 or so rentals available – ranging from mobile homes to townhomes and spanning a price point of $399 to $1,300. Obviously, that’s not a complete picture of available rentals but enough to get a snapshot of the area’s offerings.

The bigger issue at hand is change. Changes to our city and community and changes to a neighborhood that, from my observations, is tight-knit and supportive of one another. Change can be unnerving, but it can also be the start of something new. New growth. New opportunities.

The Cookeville City Council has seemingly always had a good mix of progressive and conservative members who work to look at and understand all sides of an issue before casting a vote. As I sat in the audience during the public hearing portion of this measure, I tried to imagine how I would respond if it were my home that stood to be impacted from such a development – a question posed to the council members as well.

The jury is still out, in my case. But, I hope that folks will take a moment to thank the men and women of the city’s planning department, planning commission and the city council who have worked to try to understand all sides of the issue. We just see the meeting portion of the process – not the hours spent answering phone calls and emails, or the time spent walking properties and meeting neighbors. My hat’s off to the members of the Cookeville City Council and those who serve on the boards and commissions that serve our local communities for making the tough decisions.

Sexual harasser? Or victim of a scam?

Who kept the dog out? And why it mattered – ADA interactive process requirements regarding accommodation requests for service animals 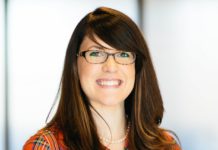