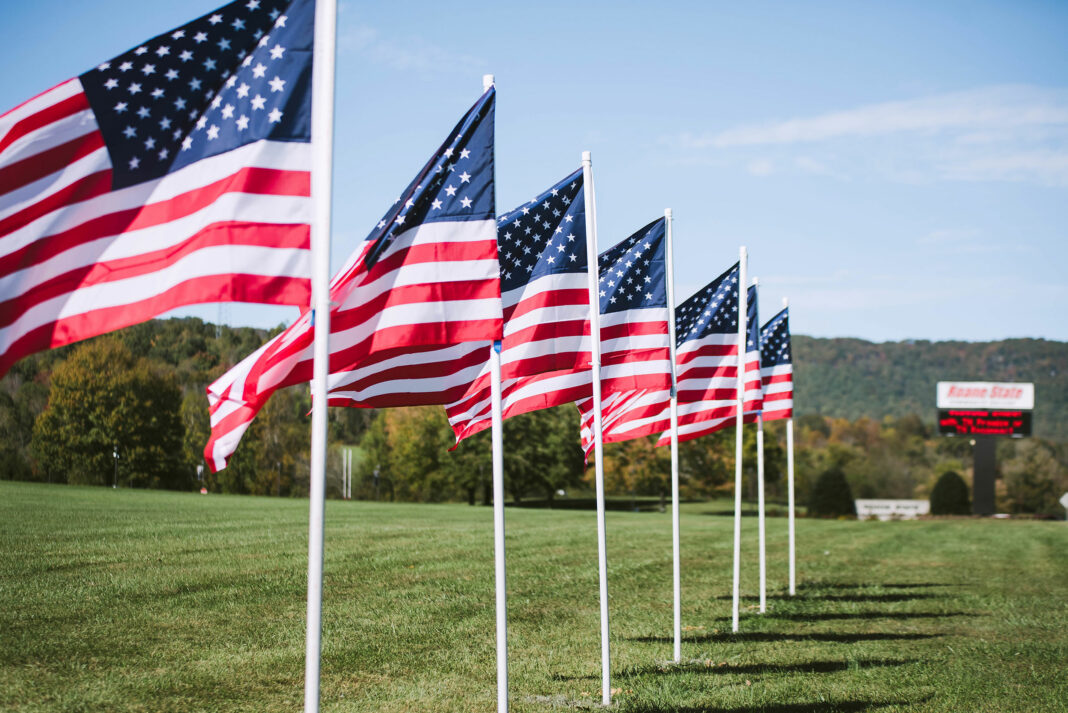 Roane County – Military combat veteran and Roane State instructor Bruce Cantrell will be the keynote speaker on Veterans Day, November 11, during a ceremony at 11 a.m. ET in front of the college’s O’Brien Building on the Roane County Campus.

Cantrell served as a Petty Officer Second Class in the U.S. Navy from 1969-73 and as a Major in the U.S. Army from 1977-92. The recipient of numerous military awards and decorations, he is a Vietnam combat veteran who also served in the White House and Camp David during the administrations of Presidents Ronald Reagan and George H. W. Bush.

As part of the ceremony, sponsored American flags will be on display at the campus thanks to the “Veteran Wave” project. It’s a collaborative effort by Roane State and its Office of Veteran Services. Each of the flags represents a veteran and will be displayed periodically for two years.

The displays are scheduled for Veterans Day and from Memorial Day through July 4th in 2023. The flags can be displayed at any of Roane State’s nine campuses, with the location chosen by the sponsor. The next flag sponsorship window will open in January for the 2023 displays.

Sponsorship of a 3-foot by 5-foot flag is $75 and includes a 10-foot-tall display pole and a dog tag style marker to identify the veteran and sponsor. Corporate sponsorships are also available.

Roane State President Dr. Chris Whaley called the project “a way for the college to show support for veterans who are members of our campus community as well as other local heroes who have served in the military.”

“We are proud to help honor veterans for their service,” said Dr. Diane Ward, Roane State’s vice president of student learning and one of the project’s organizers. “We hope our community will continue to support the Veteran Wave effort, either through flag sponsorships, volunteered time or by helping us spread the word.”

Local veterans, their families and the public are invited to attend the Veterans Day ceremony on November 11. Lunch will be provided. In the event of rain, the ceremony will move indoors to the nearby theatre.