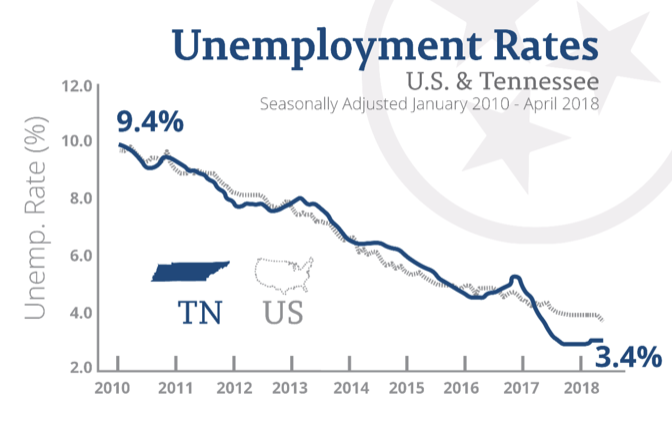 “For more than a year now, Tennessee continues to see unemployment rates lower than ever before. These numbers are a testament to the state’s investments in education and job creation,” said Tennessee Governor Bill Haslam. “In just the past three weeks, we have announced more than 2,000 new jobs coming to our state, which sets the path for unemployment to remain low and for Tennesseans to benefit from that job growth.”

June unemployment rates increased from the May rates in all counties primarily due to the temporary layoffs of school system workers, excluding teachers. Still over half of the counties reported the same or lower unemployment rates than 2017 numbers.