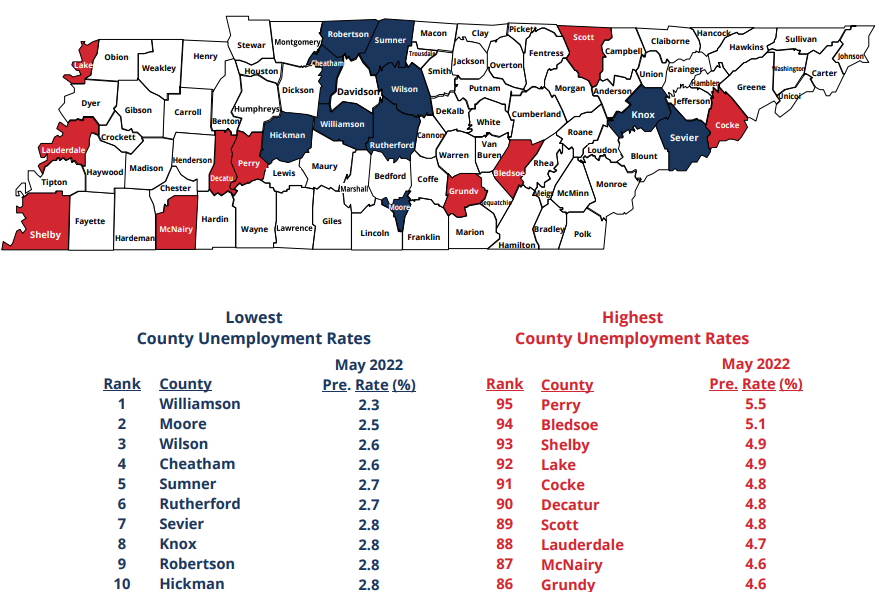 NASHVILLE – New data released by the Department of Labor and Workforce Development showed unemployment rates increased slightly during May in each of the state’s 95 counties. Even with the minimal increases, 93 of Tennessee’s 95 counties maintained rates lower than 5% for the month.

The increase in county unemployment followed the slightest uptick in the statewide unemployment rate in May. Tennessee’s jobless number inched up to 3.3% in May, just 0.1 of a percentage point higher than the state’s all-time low rate of 3.2%.

A complete analysis of the May 2022 county unemployment data for the state of Tennessee’s 95 counties is available here.

Job seekers can find all the resources and the services they need to start their search, all in one place. TNWorkReady.com is the site to find a new job, new skills, or even classes where adult learners can earn a high school equivalency diploma.

One-on-one help with a Career Specialist is also available at nearly 80 American Job Centers located in counties across Tennessee. Job seekers can find the closest job center to them here.