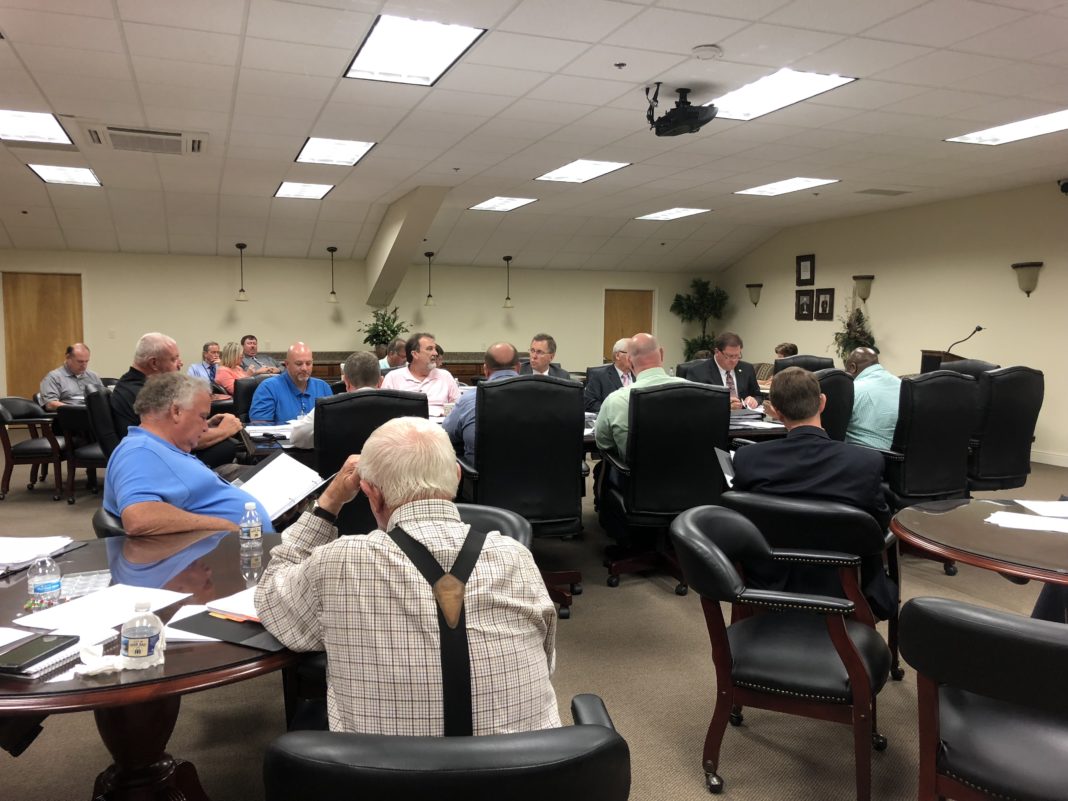 COOKEVILLE – It’s another step toward closing the chapter of the former executive director’s time at the helm of the Upper Cumberland Human Resource Agency.

Twelve of the 19 executive committee members present at Tuesday’s meeting voted in favor of allowing agency attorney Danny Rader to begin negotiating a severance contract agreement with Luke Collins not-to-exceed $27,500. That decision, likely in an effort to avoid possible legal action by the agency’s former director, came following a closed-door meeting with only board members, Collins, and legal counsel present.

Collins, who was in attendance for the various agency committee meetings Tuesday, talked and shook hands with some of those he’d, up until recent months, served alongside on those same committees.

No timeframe has been provided as to when the severance contract draft may be available for consideration or what the terms of the agreement may include.

The TBI investigation into allegations the Collins mishandled agency money and resources concluded late last month. District Attorney Bryant Dunaway, who serves the bulk of the Upper Cumberland’s counties including Clay, Cumberland, DeKalb, Overton, Pickett, Putnam and White counties, told us last month that his office would carefully review the TBI report and determine if any charges would be filed against Collins. At this time, no charges have been filed.

Meanwhile the TBI is reportedly investigating two other agency board members. District Attorney Jennings Jones, who serves both Cannon and Rutherford counties, confirmed to the UCBJ that, following a tip that the possibility of misconduct involving Cannon County Mayor Mike Gannon, and Woodbury Mayor Andy Duggin was brought to his attention.

“I have requested TBI to investigate both Mike and Andy,” Jones said, adding that he typically does not comment on ongoing investigations.

That request, Jones said, was made “sometime within the past 30 to 60 days” and any action taken by Jones’ office would hinge on the results of the ongoing investigation by TBI. The exact information that sparked the call for an investigation is not known.

In 2011, Gannon was at the center of a state comptroller’s office investigation for driving a county vehicle to UCHRA meetings. Gannon reportedly stopped the practice and the matter was resolved.

Meanwhile the committee leading the search for UCHRA’s new executive director has, for now, put that search on hold while it considers the ins and outs of a possible merger with the Upper Cumberland Development District.